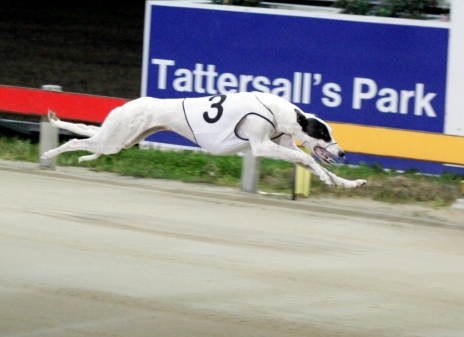 Two heats of the Greg Fahey Mid Distance Championship are the highlights on a strong eleven event program at Tattersall’s Park tonight.

Silent Giggle (R4) looks hard to beat in heat one. This daughter of Silent Guardian has won four of her last six on the track including the Vet’s Series Medley Final.

Owned by Len Harley and trained by Loretta Luttrell at Moonah she won again over 515m at Launceston on Monday Night and will be primed for this race while jumping from the red should also suit.

Her main opposition will come from Back Page Lead and Intense Suspense and the prepost market has the three of them at $4.00.

Whichever way you decide it should be value if you can find the winner.

It is a similar story in the second heat where Custodian, Collyn Tiger and Pippi’s Gold will vie for favouritism.

Custodian for Steve O’Brien has had little luck lately but his second last week to Back Page Lead was good and from box four he should be somewhere near the lead early.

Collyn Tiger is a top grade sprinter with little distance form but with the Medhurst polish he must be included whilst Pippi’s Gold has the class to win as long as he doesn’t cover too much ground out wide.