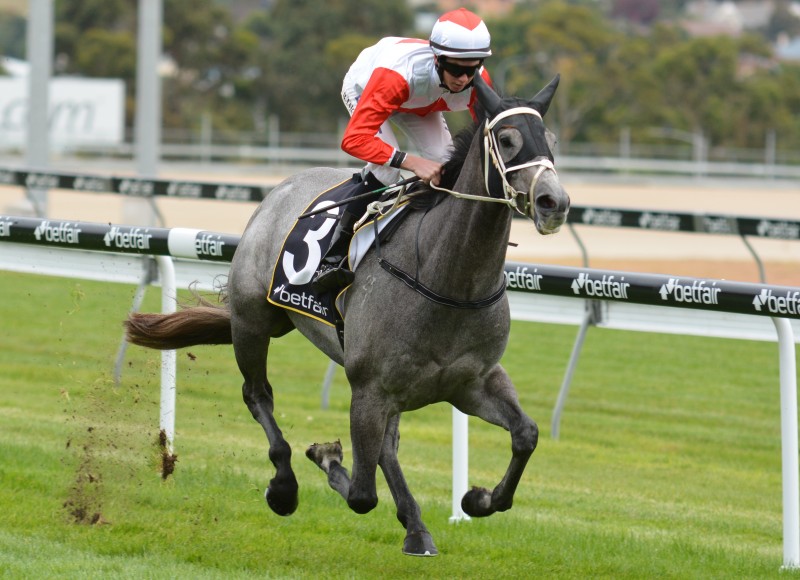 SILVER BOLT could take over the mantle as the Adam Trinder stable’s star sprinter during the autumn following his impressive maiden win at Tattersall’s Park in Hobart today.

With Valiant Warrior weighted out of the autumn carnival sprints, Trinder is confident the flashy grey gelding by Estambul from the Crested Wave mare Pep Talk has what it takes to win at least one of the autumn sprints for three-year-olds.

With in-form Victorian apprentice Boris Thornton aboard, Silver Bolt settled just off the speed to trail in third spot on the rails but when Thornton called on his mount to extend he quickly gathered in the leaders and sprinted clear to go on and record an emphatic win over the favourite Blu To Be Sure with Litl4e Mocha running homer well for third ahead of the well backed La Belle Moi.

Silver Bolt is owned by Wayne Roser who is one of Trinder’s biggest clients.

Listen to what trainer Adam Tinder had to say about Silver Bolt’s maiden win.