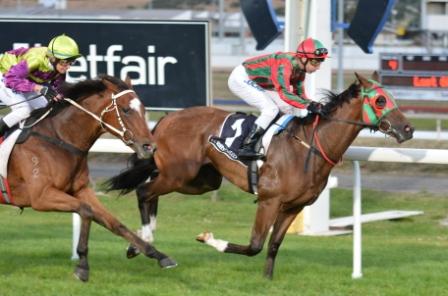 With premier rider Brendon McCoull in the saddle, Siorca was forced to race three-wide without cover for most of the race but he still emerged triumphant over quality filly Gee Gees Top Notch in the $30,000 feature over 1100 metres.

It was Siorca’s second win but the Barry Campbell-trained youngster had to survive a protest that was lodged by the rider (Rhonda Mangan) of the runner-up claiming interference about 250 metres from home cost her horse the race.

But it took stewards less than 15 minutes to dismiss the objection.

Siorca is likely to have his next start in the $100,000 Elwick Stakes on Hobart Cup day (February 9).

Listen to what trainer Barry Campbell had to say about his 2YO Siorca.