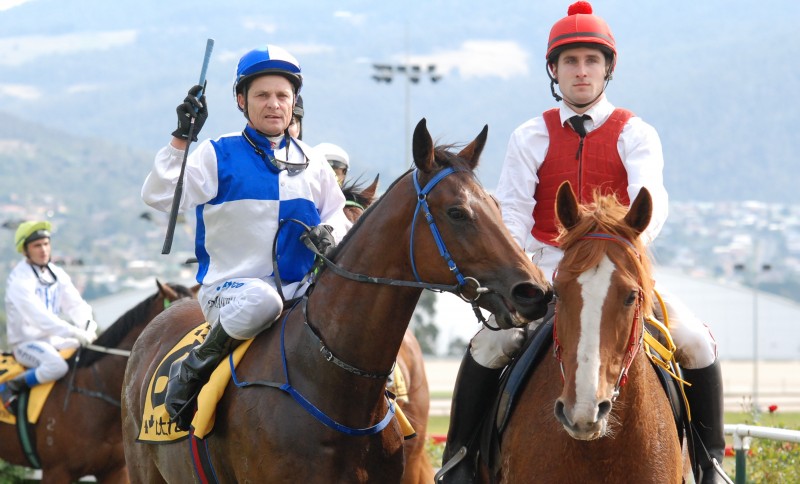 PROMISING two-year-old Sir Joey is likely to make his way to Launceston to tackle the Sires Produce Stakes over 1400 metres next month.

Sir Joey made a sensational debut in Hobart three weeks ago when he came from what looked a hopeless position 500 metres from home but he somehow managed to haul in the leaders over the concluding stages and win by almost a length.

It was an amazing effort but one that probably took its toll on the gelded son of Strada-Kats Clause (x Weasel Clause).

He followed up with a third to the unbeaten Grand Tycoon in the $30,000 Autumn Plate over 1100 metres at Tattersall’s Park in Hobart last Sunday.

He finished the race off well but was no match for the Barry Campbell trained pocket dynamo that is unbeaten from seven starts that includes six feature races.

Sir Joey’s trainer Royston Carr said the gelding would most likely tackle the next feature two-year-old race the $30,000 Autumn Classic over 1200 metres in Hobart on Saturday week in which Grand Tycoon will be aiming to end his season undefeated.

“I haven’t spoken to the owner (Dr John Burke) but I am thinking about the race in Hobart on April 27 and then head to the Sires Produce two weeks later and that race is over 1400 metres which should suit my horse,” Carr said.