Sky of Stars shines brightly in 2YO maiden 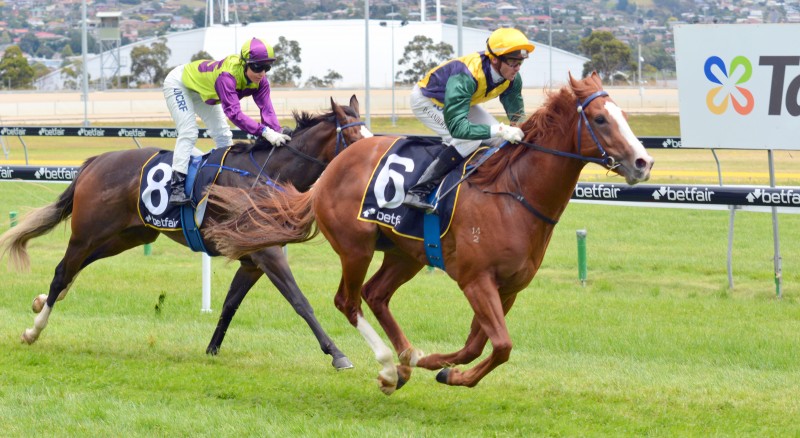 WELL bred colt Sky of Stars emerged as one of the state’s best two-year-olds when he scored an effortless win on debut in a 2YO maiden over 1000 metres at Tattersall’s Park in Hobart today.

Sky of Stars (New Approach-Radha Rani) showed good early speed to share the lead with the more experienced Geegees Double Jo and they matched motors to the home turn.

When jockey Daniel Ganderton called on Sky o Stars for an effort in the home straight the flashy chestnut colt drew clear and was not full extended to score by 1-1/2 lengths from Geegees Double Jo with another first-starter Mac ‘N’ Muhcu 5-1/2 lengths away third just ahead of Full of Promises.

Trainer Terry Evans said Sky of Stars had shown ability from the day he first worked him at Brighton.

“When this bloke came to me he looked the part and worked accordingly and he has kept improving all the time, which is what you want in a two-year-old,” Evans said.

“He won his trial impressively early in the week and took that form into his first race.”

“To b honest I thought he would have won by a bigger margin but at the end of the day they don’t pay out by how far you win,” he said.

“I won the Elwick Stakes with this horse’s mother (Radha Rani) so it would be very special if we could win the race with one of her progeny,” he said.

Ganderton pulled no punches when he was asked to assess the colt.

“He is clearly the best two-year-old I’ve ridden this season and probably the best of everything that’s competed,” Ganderton said.