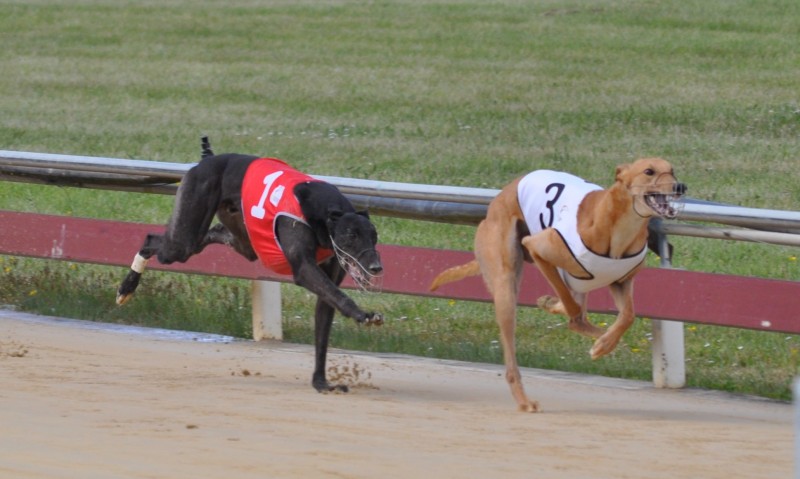 A DOG that started his racing career with a dismal last emerged triumphant at the annual awards dinner in Launceston last week.

Senor Slamma was named Tasmania’s Most Consistent greyhound for 2014.

The talented sprinter notched 19 wins, two seconds and as many thirds from 37 starts to accumulate 101 points and easily take out the consistency title.

Senor Slamma is owned by Robyn Johnson and trained by her husband Gary Johnson.

Amongst Senor Slamma’s wins were a heat of the GOTBAT Division Two series, the M A Morgan St Leger, the Devonport Show Cup and a heat of the Group 1 Hobart Thousand.

The dog hit a purple patch last year winning 12 of 14 starts with his only unplaced effort being behind Above All in the Tattsbet Hobart Thousand final.