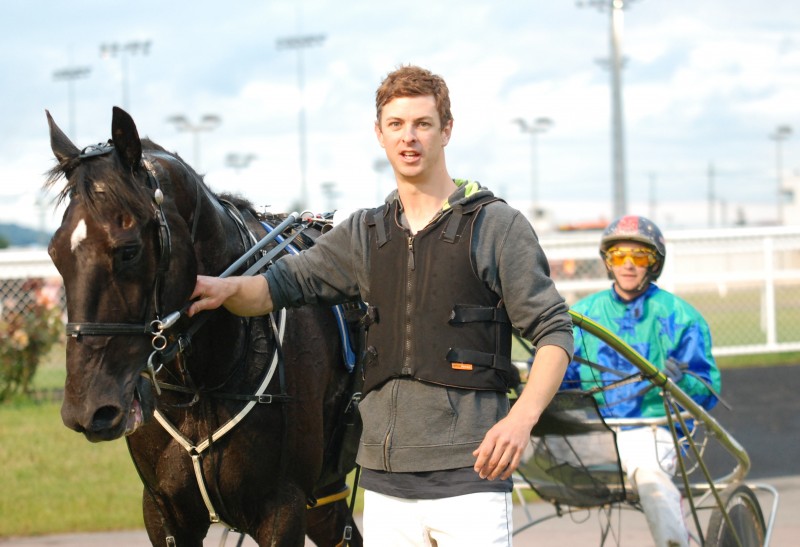 TALENTED harness racing trainer Zeke Slater has built a reputation for rekindling the racing careers of horses that have lost form and at Tattersall’s Park in Hobart last Sunday night he was at it again.

Mister Pinjarra was having his first start for Slater in a C2 Pace over 2090 metres and he delivered the goods with a powerful last 400 metres to score from Spot Nine and Maybe Doc.

The five-year-old gelding was driven patiently by Nathan Ford who waited until entering the back straight the last time before calling on the gelded son of P Forty Seven for the supreme effort.

Slater purchased Mister Pinjarra on the Internet for only $2500 and the gelding has been in his care for about six weeks.

“I had a few blokes from Victoria who were keen to get a horse and I found this one and we got him at the right price,” Slater said.

“When he arrived at my stables he had lost form but he had won seven and been placed 15 times from just over 40 starts in NSW so I was quietly confident we would pick up a race or two with him here in Tassie.”

“He also had a recurrence of a minor tendon injury but working on the beach has been good form him and he is a very happy horse at the moment and he raced accordingly on Sunday,” he said.

Slater doesn’t believe Mister Pinjarra will reach any great heights in Tasmania but says he would be very disappointed if he didn’t win more races.

It was good night for Slater who landed a double when his former smart free-for-aller Greysteel scored an impressive win in the Wolfe Brothers Pace over 2090 metres.

The 10-year-old powered home to score from Spot Nine and Maybe Doc to give Slater plenty of reason to smile.

“We all know that Greysteel was a very classy open class horse when at the top of his game but he’s had plenty of problems since he was winning feature races during the Christmas Carnivals here in Tassie.”

“He had an operation and that has helped overcome some issues and if we can keep him sound I’m sure he will be competitive in the good races later in the year,” he said.