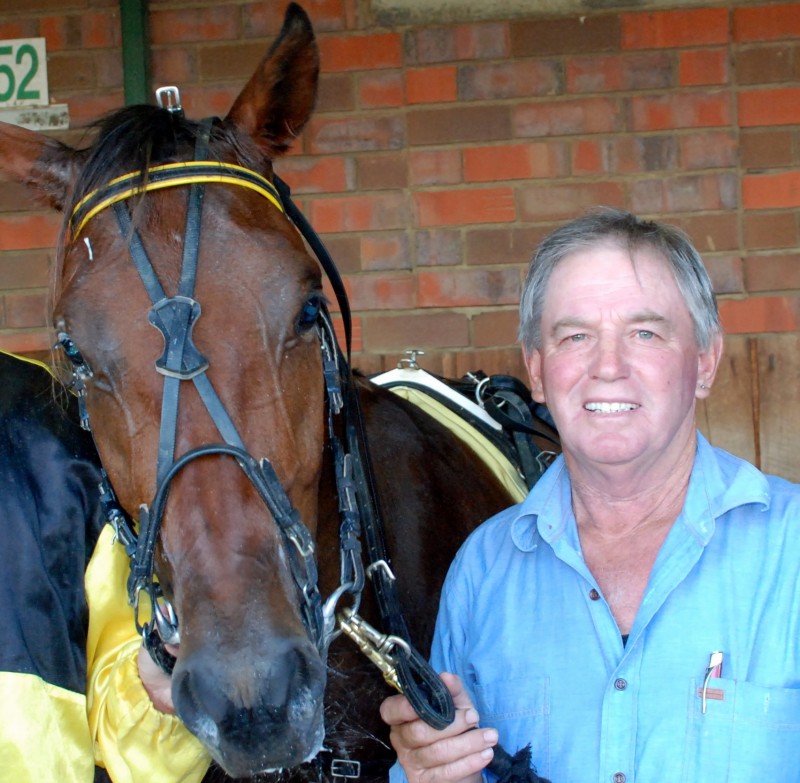 EXPERIENCED harness racing trainer Geoff Smith hasn’t enjoyed his most successful first half of the season in terms of producing winners but when Truly Blissful won the Burnie Cup last Saturday all the near misses in recent months were forgotten.

The six-year-old was Smith’s rising stable star two seasons back but his form waned leaving him to question whether he would go on and win another race.

But a brilliant track workout on the Burnie track leading up to the race convinced the wily mentor that the gelding could give him his second Burnie Cup triumph, having been successful a few years ago with Sparkling Glow.

“You have got to have a horse that can handle this track to have any chance and he won a trial here last Monday night running his last mile in 2.02,” Smith said.

I’d set him for this race and I knew then (after trial) that he would be very hard to beat,” he said.

Johnnyace and the heavily backed Chassys Best dominated the market but some astute punters were aware of Truly Blissfull’s trial and backed him in from $7.50 to $6.50 with the bookmakers.

Driver Craig Hayes gave Truly Blissful a cushy run in the one-out-one-back position and then timed his run to perfection to run down the leader in the very last stride.

Smith had a few anxious moments soon after the race owing to Nathan Ford, the driver of the runner-up, wanting to see the photo finish, as he was convinced Stone Skipper had won.

Truly Blissful cost $10,500 at a Tasmanian yearling sale but his owners have been rewarded as he has earned almost $70,000 courtesy of 11 wins and 16 minor placings from 74 starts.