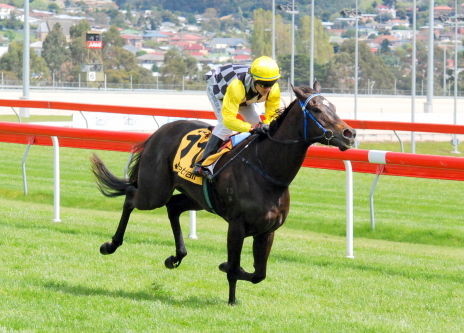 TOP trainer Charlie Goggin always had a huge opinion of his former smart sprinter-miler Maggie Bee so when her first foal arrived at his stables he was hopeful the filly might follow in her mother’s footsteps.

Snippetee Bee (x Snippetson) did just that at Tattersall’s Park in Hobart today scoring an impressive win on debut in a 3YO Maiden Plate over 1200 metres.

With David Pires in the saddle, Snippetee Bee showed good early speed to lead but she was pressured from the 700m to the home turn by Sheza Fatty Boomba.

But when Pires called on his charge to extend she dropped off her rivals and went on to score comfortably from Kaiteri with Sheza Fatty Boomba hanging on for third.

It was a game win and one that impressed both her trainer and owner-breeder Bruce Neale.