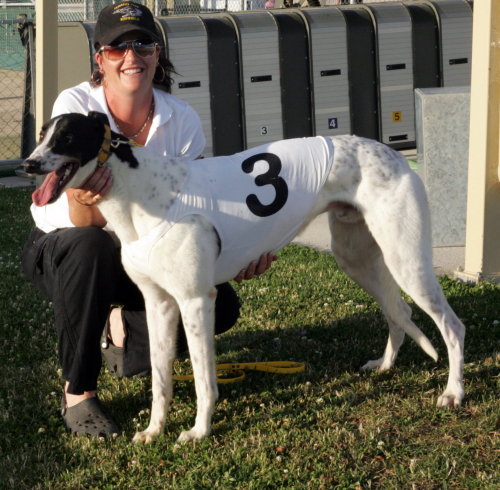 However, the race name was far from fitting, as far as punters were concerned, with Snudden almost friendless in betting paying $20 on most Totes.

Snudden began well from box three to lead and after fending off Headie Lomar he had just enough in reserve to hold out the fast-finishing Samurai Kid to score by a nose with Headie Lomar a distant third.

Snudden (Larkhill Jo-Portlee) was having only his third start for Brighton trainer Susan Gittus.

He was last on debut in Hobart early last month when hammered early and checked midrace.

But he put the writing on the wall at his subsequent outing with a game second in a juvenile at Devonport behind Top Choice.

Gittus says Snudden has plenty of improvement in him and expects him to win his juveniles and grade fives at all tracks.