Soft track a test for Perplexing 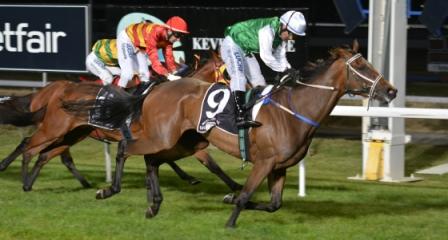 AN expected rain affected track has put some doubt in the mind of premier trainer Scott Brunton as to the winning chances of his promising four-year-old mare Perplexing that will go around in the J Chambers Memorial Benchmark 72 Handicap over 2100 metres at The TOTE Racing Centre in Launceston tonight.

Perplexing comes off an impressive win in a 1600-metre benchmark 62 Handicap over 1600 metres two weeks ago after which trainer Scott Brunton suggested she would be even better over more ground.

The soft track becomes a concern according to Brunton but he remains upbeat about her chances.

Listen to what trainer Scott Brunton had to say about Perplexing.