Spaniard back to winning form 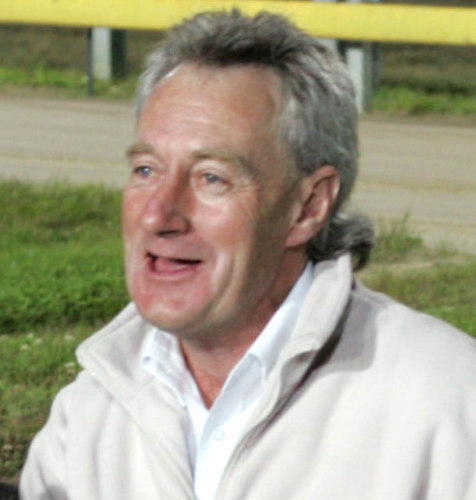 LAST year’s Hobart Thousand winner Little Spaniard returned to the winner’s circle at Devonport on Tuesday, much to the delight of his trainer Mick Stringer.

Little Spaniard was forced off the scene through injury soon after winning the 2008 Hobart Thousand and at one stage Stringer was apprehensive about whether the dog might ever race again.

Little Spaniard fell in a race in Launceston in early February resulting in a torn Achilles that required a long convalescence.

This was the dog’s fourth run back from the spell and he showed a glimpse of the form that won him a Group 1 event on home soil.

“I don’t know if the dog will ever get back to the form that won him the Hobart Thousand but he is chasing keenly and is in a great frame of mind so hopefully that continues,” Stringer said.

Little Spaniard started from box one on Tuesday and made the most of the draw by booting up soon after the start to take the lead nearing the top turn and he was never headed on his way to a half-length win over Emmy’s Magic.

He stopped the clock at 26.17 which was a personal best on the track, although he had only ever won one other race on the showground circuit and that was as a juvenile.

“I’m just pleased that he’s won another race and everything else that comes along is a bonus,” Stringer said.

Little Spaniard will line up in a grade four event at Devonport next Tuesday in which he will wear the yellow vest and will need to begin well from the awkward draw.