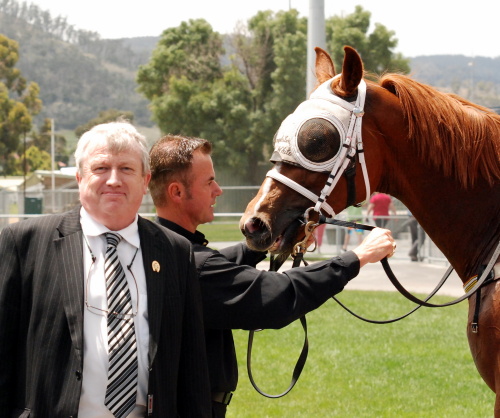 SPEEDO ZAP made amends for a disappointing effort in Launceston two weeks ago with a resounding win at Tattersall’s Park today.

With apprentice Talia Rodder aboard, Speedo Zap produced a powerful finish to gun down his rivals in the home straight, scoring by almost two lengths from race favourite Big Sauce with the well-backed Mecadoni a game third.

When Rodder called on the flashy chestnut to extend in the straight he charged after the leaders and won with consummate ease.

Listen to what trainer Gary White had to say about Speedo Zap’s maiden win.