Spell looms for The Golden Reef 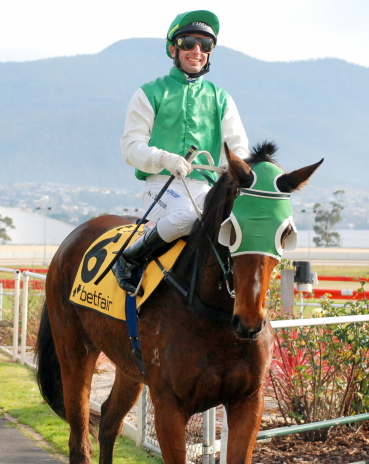 LEADING trainer David Brunton has opted to dispatch The Golden Reef to the spelling paddock after the three-year-olds scored an impressive win in a 3YO and upwards maiden over 1400 metres at Tattersall’s Park on Sunday.

With in-form jockey Anthony Darmanin in the saddle, The Golden Reef shared the lead with his stablemate and race favourite King Casper to the home turn where he moved clear and went on to score by six lengths from his stable mate with Knots Sister over two lengths away third.

It was an impressive win and one that did not surprise his trainer.

“I think he’s got a bit of a future but that will do him for the time being,” Brunton said.

“He’s done a good job and he obviously appreciates this type of going,” he said.

While the immediate future is set in stone for The Golden Reef, Brunton said King Casper would remain in work with the hope of him winning a maiden before he takes a break.

Peggyichi won by four lengths at her previous outing on the track and while her latest win was only by a half-length it was no less impressive.

Peggyichi circumnavigated the field from the 600-metre peg and dashed clear at the top of the straight then held on to score by a half-length from Carbon County that ran on strongly with Alice Alice grabbing third 2-1/2 lengths astern.

It was leading jockey Brendon McCoull’s only winner for the day but it was achieved under duress as he was suffering from a badly bruised shoulder.

McCoull suffered the injury as a result of being dumped and trampled on by Streetwise Savoire that startled herself when she backed into the running rail near the barrier stalls prior to the start of race three.

Streetwise Savoire had to be withdrawn owing to a leg injury she sustained in the mishap.

McCoull had to forego rides in the last two races on the card.

He had the shoulder X-rayed last night and they revealed no breaks but there is soft tissue damage that McCoull believes will recover well enough for him to be able to ride at Devonport on Sunday.

McCoull holds a 2-1/2 win lead over Stephen Maskiell in the race for the jockey’s premiership with Anthony Darmanin, who rode a double on Sunday, six wins off the pace.