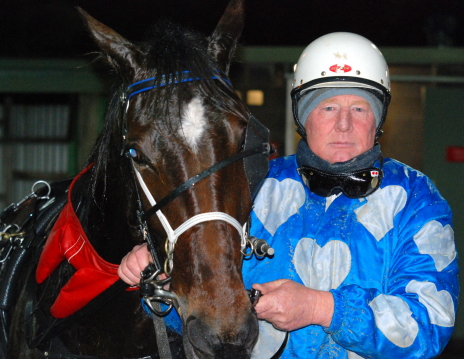 NEW ZEALAND bred pacer Spendit has not been the most prolific winner in the Scott Ford stable but the gelding has definitely done enough to pay his way this season.

At Tattersall’s Park in Hobart last night (Monday) he notched his first win of the season at his 20th outing but he also has notched a dozen minor placings that has ensured he has paid his way.

The Scott Ford-trained four-year-old was given the run of the race by his trainer who settled the gelding in the one-out-one-back position and all he needed was a bit of luck to go his way to get the desired result.

Ford waited until nearing the home turn before edging his way clear of the pack land once balanced in the home straight Spendit rattled home to grab Arkabe Jewel in the shadows of the post.

Spendit hit the line a metre clear of Arkabe Jewel with Red River Gee hanging on for third, just in advance of the fast-finishing Lomandra.

The race was run in a torrential downpour with thunder and lightning wreaking havoc.

Stewards were subsequently forced to postpone the meeting.

Listen to what trainer-driver Scott Ford had to say about Spendit’s first win of the season – click here.