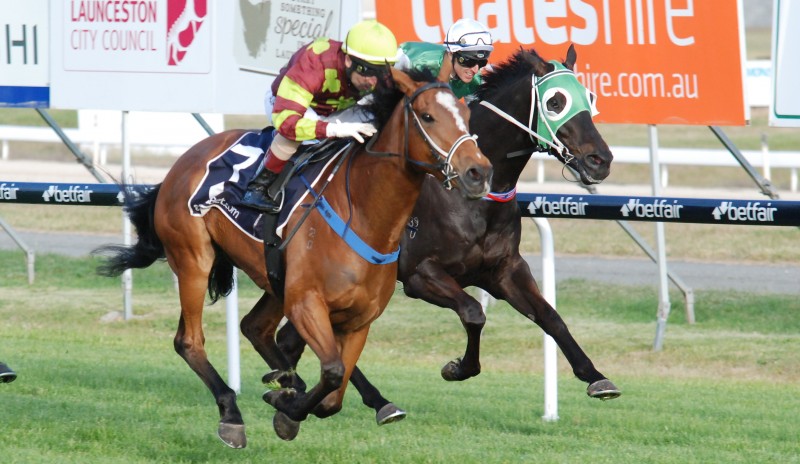 TALENTED but temperamental four-year-old mare Spirit of Nia was the medium of a successful betting plunge at The TOTE Racing centre in Launceston last night.

The John Keys-trained mare opened at $3.80 but was backed in to start the $2.10 favourite with the bulk of the money arriving close to race start time.

With Anthony Darmanin in the saddle, Spirit of Nia began well from a aide gate but when it looked like she would be stuck on a limn the rider eased her back to take a trail back in the field.

When Darmanin called on the four-year-old for an effort 300m from home she knuckled down to her task and in the end scored a convincing win from the luckless Geegees Drummerboy with race leader Antumbra toughing it out well for third.

Keys said Spirit of Nia had been a problem horse from day one.

“This horse really is a nightmare to train and that’s why I sent her down to Seven Mile Beach to my daughter (Tegan) to see if she can train her to settle,” Keys said.

“Even tonight she gave Anthony a tough ride because she pulled and reefed for the first 600 metres but she did settle a bit and that helped her cause.”

“When they have ability like she has you are prepared to put up with the annoying habits.”

“I am hoping she can go on with it now and string a few wins together and maybe even look at one of the features during the summer carnival,” Keys said.