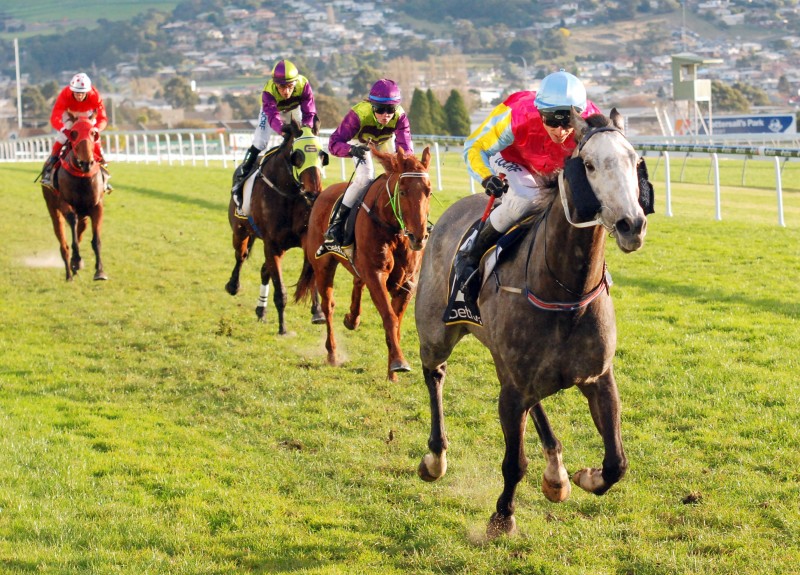 Spy Wears Prado toyed with his rivals in an open handicap over 1400 metres to take his career win tally to 10 of which all of been recorded on slow to heavy ground.

The Dianne Ray-Luttrell-trained six-year-old was given the run of the race by jockey Brendon McCoull who allowed the grey to settle off the pace before calling on him to improve from the 600-metre mark.

North Lodge led with Jay Bee’s Gee Gee comfortably placed second but when Jay Bee’s Gee Gee’s rider Ismail Toker urged his charge to forge clear 450m out McCoull also called on his mount to get into the race and the grey quickly put the end result beyond doubt.

The trainer was delighted with the result as it was the second leg of a training double, having prepared her four-year-old mare Lacey Azz to win a maiden at her ninth career start.

Listen to what trainer Dianne Ray-Luttrell had to say about Spy Wears Prado’s latest win and plans to race the grey interstate.