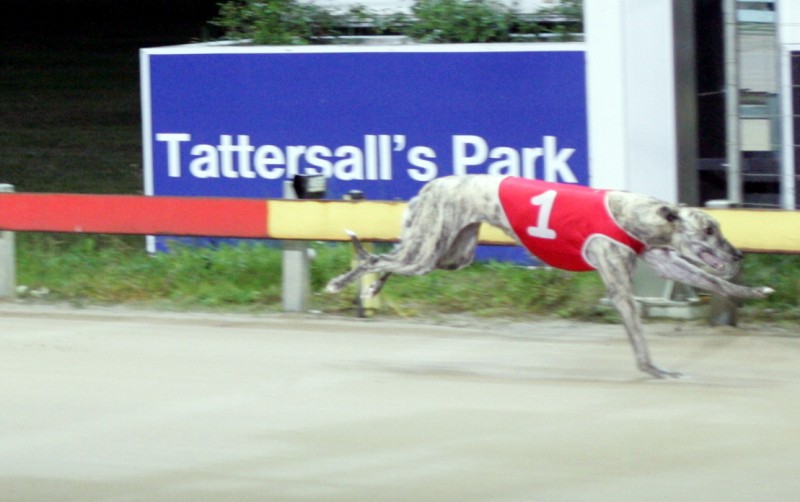 ST PIERRE is a very special dog to Tasmanian trainer Debbie Cannan who prepared him to win the 2011 Australian Cup.

The dog excelled at the top level on the racetrack and now he is playing a dominant role in Cannan’s kennel as a sire.

In  Hobart last night (Thursday) he produced a double from the same litter.

Cannan put St Pierre to her bitch Wongawilli Wala and the result was five pups that have all shown above average ability from day one.

Demi Cali delivered the goods on debut from box one, leading all the way to score by over seven lengths and in the quickest time of the night.

Demi Cali stopped the clock at 26.10 which was at least a couple of lengths better than anything else on the night.

Her litter sister Mandy Charm stepped out in the following race and despite drawing awkwardly in box four she found her way to the fence soon after the start and she went on to score by a length over Antivist with the winner’s litter brother Prescribed a fast-finishing third and a only a head behind the runner-up.

“Debbie is absolutely thrilled with this litter and getting two of them to win on debut is a tremendous result for the litter,” Medhurst said.

“The litter showed above average potential from day one and they are all coming along nicely.

“I was particularly pleased with Demi Cali’s time and Mandy Charm did a great job to get across from an awkward draw (4) to find the rails early and Prescribed ran home well.” he said.