Stallion Parade a must at McCulloch’s Grenville Stud 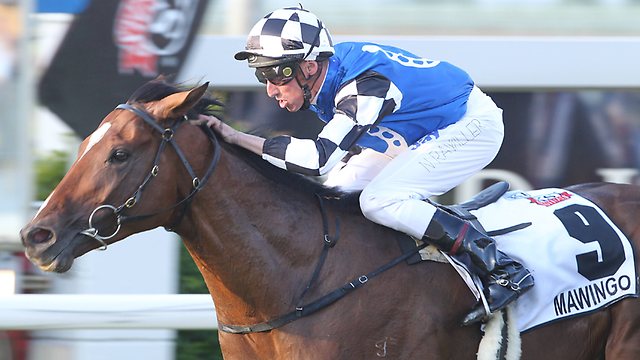 ONE of Tasmania’s most celebrated thoroughbred breeders Graeme McCulloch is hoping breeders from all over the state will congregate at his picturesque Grenville Stud at Whitemore in the north of the state on Saturday week for a stallion parade featuring his new arrival Mawingo and the impeccably bred resident stallion Cardinal Virtue.

Mawingo is the only Group 1-winning sire to stand in Tasmania and the internationally acclaimed stallion is expected to leave a lasting impression on whoever lays eyes on him at the parade.

McCulloch is still dancing on cloud nine after Mongolian Khan, a horse he bred at Grenville, won the $2 million Australian Derby at Randwick yesterday which has so far been the most cherished moment in his racing life.

The event will be staged between 11 am and 2 pm on Saturday, April 18 with the stallion parade to commence at 11.30 am.

McCulloch will give away a free service to Mawingo that can be used for the 2015 season only.