Star Chamber does it again 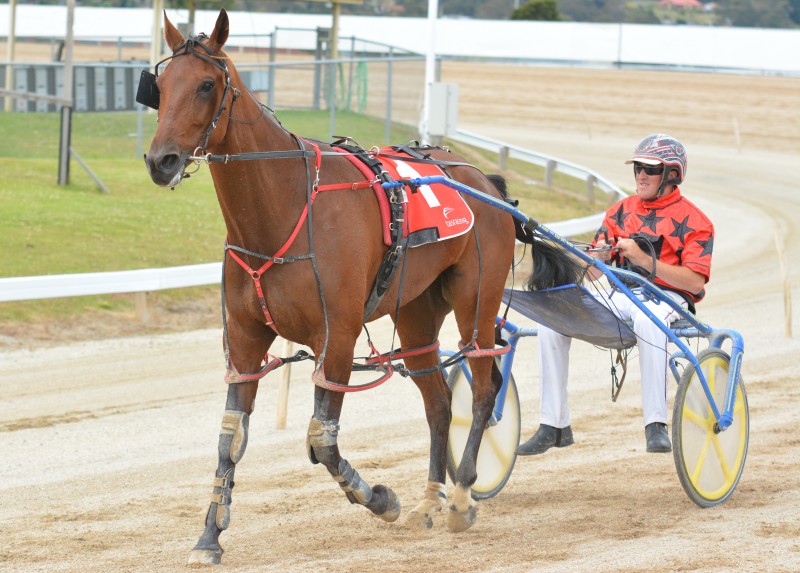 STAR CHAMBER made it a clean sweep of the feature Cup races run so far this season when he gave his rivals a pacing lesson in the $25,000 Hardings Hotmix Devonport Cup over 3020 metres at the Devonport Showground tonight.

With his trainer Nathan Ford in the sulky, Star Chamber began well off his back mark of 30 metres to settle last but when Ford set him alight a lap and a half from home he flushed out Truly Blissful that gave him a cart into the race.

But when Ford eased his stable star four wide heading down the back stretch the gelded son of Our Sir Vancelot quickly hauled in the leaders and hit the front turning for home.

Star Chamber proceeded to demolish the opposition in the short run home to score by a comfortable margin from The Majority with Whodeani a game third ahead of the in-form Sky Tower.

Star Chamber notched his first major win when he outclassed a top field in the $40,000 Tasmania Cup in December and he followed up with a brilliant win in the Hobart Pacing Cup.

Ford took him to Victoria to tackle the Shepparton Cup but nothing panned as planned in that race and he was brought straight back to Tasmania to prepare for this latest assignment.

Ford will most likely aim him at the Easter Cup in Launceston next month and if victorious it would give the gelding victory in all four major cup races in the state.