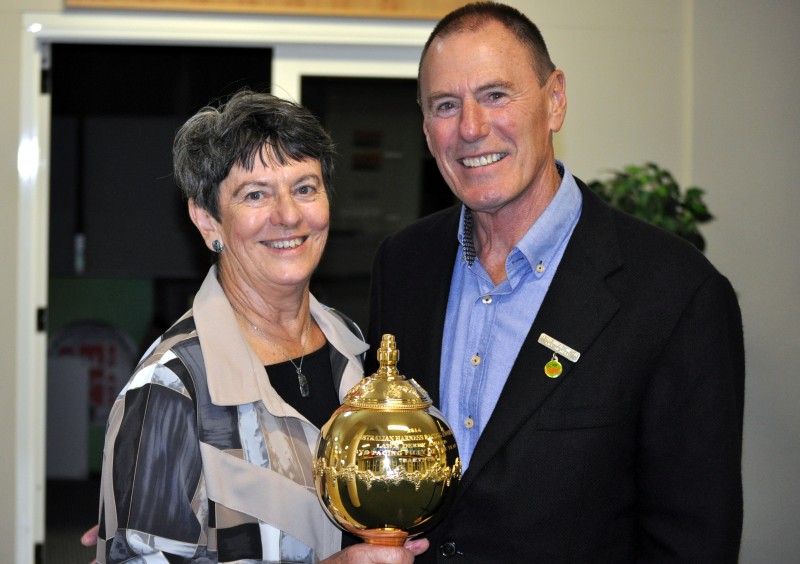 HARNESS Racing Australia made presentations to the connections of Tasmania’s star pacers Beautide and Barynya at the harness meeting at The TOTE Racing Centre in Launceston on Friday night.

The horse were recipients of awards for their efforts on the racetrack last season.

Beautide was named Australian pacer of the year and the leading four-year-old or older for his outstanding feats that included wins in the Group 1 Miracle Mile, Inter Dominion and Len Smith Mile.

Tasmania’s star three-year-old filly Barynya won the Tasmanian and Victorian Oaks and those wins plus her other wins earned her the national crown of 3YO of the Year.

The Lloyd and Judy Whish-Wilson-owned filly was a deserving winner of the national title and she also was named Tasmanian three-year-old of the year.

Beautide will line up as favourite to win  back-to-back Miracle Miles at Menangle next Saturday night while Barynya is yet to resume her racing career.