Stars come out to play in Launceston 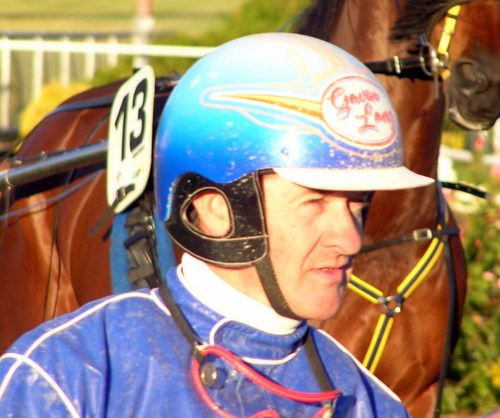 The second leg of the V75 Carnival at The TOTE Racing Centre in Launceston on Sunday night boasts arguably the best meeting held on the track in years.

A star studded line-up of interstate horses along with some of Australia’s leading drivers and trainers will do battle with the best Tasmania has to offer in the feature events that form the nucleus of a power-packed eight-race card.

Last year 14 interstate horses contested at this program but that has risen to 21, primarily because the Launceston meeting has been changed to the second leg instead of opening the carnival.

Field sizes and quality for the entire program would hold up at any metropolitan venue around the nation.

The opening race is the first two-year-old event of the season in Tasmania and will now be broadcast on Sky courtesy of a timeslot becoming available.

Race four is the first of the feature races – the $20,000 Alabar Mother of Pearl. Mendelico is the form horse and is well drawn in barrier five (if the emergency. doesn’t start); however Victorian mares Dazed and Confused, Lady Octavia (last year’s Tasmanian Oaks winner), Very Chic and Miss Laura Jane will provide plenty of opposition.

But the invaders will have to be at the top of their game with local mare Shez Ryleymak sure to be the testing material.

She led the three-wide train with over a lap remaining and toughed it out right until her condition gave out about 50 metres from home.

She will have benefitted from the outing and should make her presence felt at the business end of proceedings on Sunday night, especially given she has drawn barrier four.

Another local mare Spring Hill won a trial at Carrick last Saturday in very quick time and she too could figure in the finish with the right run in the race.

Race five is a prelude of the $20,000 Sport 927 Hobart Pacing Cup (3 January) with Victorians Our Sand Fly, Kalypson Kid, Just Callme Cullen and Captian Cullen likely to vie for favouritism.

The sixth race is the $20,000 3YO Championship featuring only one Victorian – Elle Jasper for Allan McDonough.

The Wayne Rattray-trained Karalta Macloud is attempting to make it five wins in succession and while his form is great, the gelding had to pull out all stops to defeat Mister Gallenti at Devonport last Sunday night.

Karalta MacLeod also has to start from the outside of the second row, so driver Gareth Rattray will need all of his guile and talent to get him home.

The $50,000 Betfair City of Launceston Cup (race 7) also is jammed packed with talent with most of the interstate contenders using Sunday night’s race as a stepping stone to the $125,000 Wrest Point Tasmania Cup in Hobart on Sunday week.

But they won’t have the race to themselves with locals Yakuza, Fleet Express and rising star Redside Shrek out to cement a berth in the Tasmania Cup.

The winner of the City of Launceston Cup gains ballot free entry into the Tasmania Cup.