Stars come out to play on carnival opening day 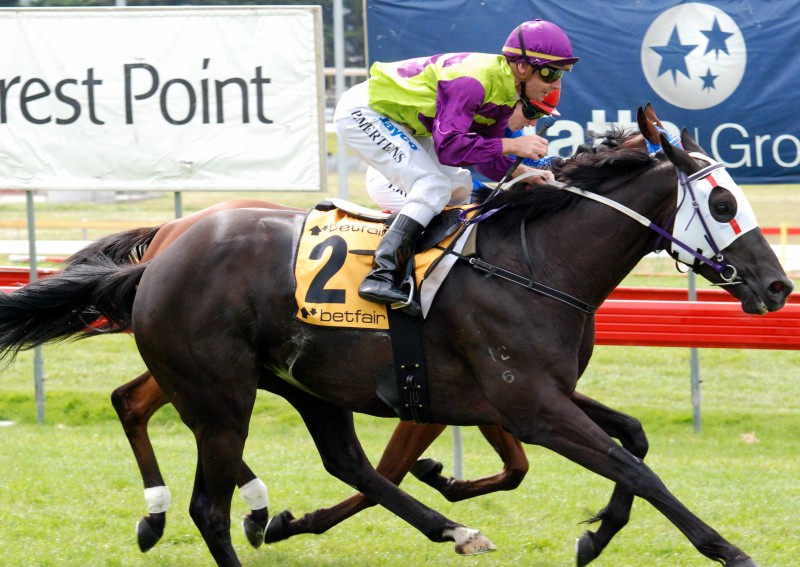 THE opening day of the AAMI Tasmanian Summer Racing Carnival will serve up one of the best days racing held at Tattersall’s Park this season.

Feature races on today’s eight-race card are the Betfair Hobart Guineas for three-year-olds and the weight-for-age Summer Cup over 2100m.

The Betfair Hobart Guineas might look a match in two between What Life Brings and Kenjorwood but there are others such as last start winners Keukenhof and stablemates Alarmist and Ollie’s Gold that have credentials to suggest they can win without surprising.

But the most interest will be in the outcome of the Betfair Summer Cup with four of the state’s best stayers going up against the interstate invader Fieldmaster that already has taken the Devonport Cup as a prelude to his assault on the Hobart-Launceston cups double.

But standing in his way today are Geegees Blackflash, The Cleaner, Dream Pedlar and Prevailing and all of the local brigade are stars in their own right.

Geegees Blackflash is Tasmania’s reigning horse of the year and should be emerge triumphant today then he will definitely be the one to beat in the Hobart Cup from a local perspective.

The Cleaner finished well down the track at Spreyton in the Devonport Cup but his trainer Mick Burles is confident it was due to the horse’s dislike for the synthetic track.

But back on the grass today Burles expects his stable star to shine and regain the punters’ confidence.

With no other speed in the race The Cleaner should be able to get his own way in front and if he has done no harm from the Devonport run then he will be the one to beat.

Dream Pedlar has been placed third in both of his outings this preparation in weight-for-age races over 1600m and jockey Craig Newitt, who rode the gelding the past two preparations, says the horse is racing like the Dream Pedlar of old and he should appreciate stepping up to the 2100 metres.

last year’s Launceston Cup winner Prevailing  performed well below expectations at his first two runs this time in and even his co-trainer Scott Brunton had concerns about the horse’s well being but after his last-start effort in a weight-for-age race in Launceston Brunton heaved a sigh of relief suggesting he has got the gelding back on track for another tilt at the major cups.

Fieldmaster returned to Tasmania two weeks ago to tackle the Devonport Cup which he won with authority but this is a much stronger ask.

Even his trainer Patrick Payne admitted the horse is no world beater and winning the Devonport Cup has at least covered expenses for the Tasmanian campaign.

Add to the mix Catwen Boy, Norsqui and Royal Miswaki and we have the ingredients of an outstanding Summer Cup.

Finding a best bet on the program is no easy task but In The Frame could be the one in race three.

In The Frame is coming off a second to the highly promising Anniversary Belle that scored impressively in Hobart last Sunday over 1100m and while she steps up to 1400 metres here she gave the impression last start that she was already looking for more ground.