Stars to shine in Thousand final 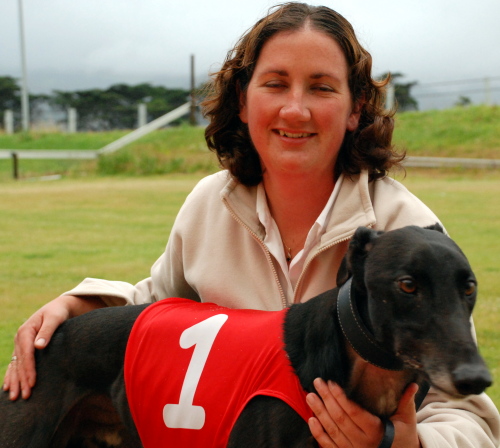 Recent Melbourne Cup finalists and heat winners intermingled with some of the most promising greyhounds in Australia go up against Tasmania’s sole representative, Hellbound that will no doubt go around as the rank outsider.

Hellbound was the first reserve and only gained a start when NSW representative Bells Pace suffered an injury while trialling at Brighton last Sunday.

The Tasmanian dog will start from box eight but would need to improve a great deal to match it with some of his more experienced opponents.

The box draw has made no great difference to the possible outcome with wide runners having drawn suitable boxes while the speedy railers have drawn inside traps.

Prankster, prepared in Victoria by Robert Britton, has drawn the inside box and his early speed will ensure he is in contention for a long way.

The dog has been domiciled in the kennels of top Tasmania trainer Mick Stringer who reported during the week that the dog was “jumping out of its skin”.

Hurricane Luke (2) also won his heat for what was his second try on the Hobart circuit on which he is unbeaten.

His time in winning the heat was a modest 26.49 but the race was run on pouring rain so it is difficult to judge the effort based on time.

The dog however, clocked 26 seconds in winning at his only other outing on the track, an invitation over 461m on October 29 and he is i9deally drawn in box two.

Silent Guardian (3) and Ultra Rumble are the two representatives from the Darren McDonald kennel with the trainer placing most of his faith in Silent Guardian to give him his first Hobart Thousand triumph.

Silent Guardian was the quickest of the seven heat winners clocking 26.06 at what was his first look at the track.

He showed early brilliance to lead comfortably from box four and should he reproduce that start he should lead and be very hard to run down.

Ultra Rumble will start alongside (box 4) his kennel mate and will need to begin well to be in contention turning for home.

The Geoff Mitchell-trained Remo Rubik showed his rivals a clean pair of heels in his heat last week and clocked a handy time of 26.24 to suggest that with a clear run fro box five he has what it takes to pocket, for his owners, the $75,000 winner’s cheque.

Victorian trainer Graeme Bate is no stranger to the Hobart Thousand, having prepared four winners of the race that gives him the record.

Bate is very keen on the chances of Gripen Bale (box 6) giving him his fifth Thousand.

“If he draws inside boxes he’s a great railer but if he draws out wide he races there (wide) and in a straight line until it’s convenient to get to the fence, just like he did last week to win his Thousand heat,” Bate said.

Handy NSDW dog Disintergrate is the most experienced interstate invader in terms of tries on the Hobart track.

His trainer Charlie Gatt took him to Tasmania for the Tasmania Gold Cup series that comprised heats into a final and he emerged triumphant in both.

While he had to settle for second in his heat last week behind Prankster, there is no doubting his ability and box seven is an ideal draw for the known wide runner

Hellbound jumps from box eight and will need plenty to go his way but if he happened to slingshot from the box and led, he’d be tough to run down.