Steven’s Wonder shows up in trial 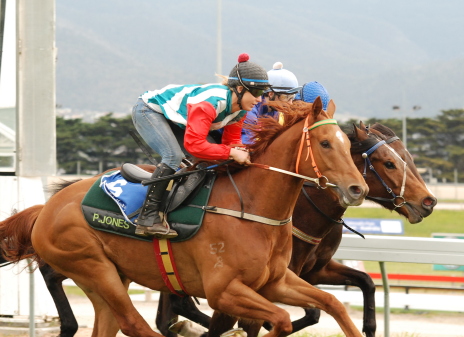 MAIDEN galloper Steven’s Wonder impressed with a last-stride win in a trial over 800 metres on the inside grass track at Tattersall’s Park Elwick today.

Steven’s Wonder was formerly in the care of Spreyton trainer Leon Wells who had high hopes for the four-year-old soon after he arrived at his stables last year.

But after seven unplaced efforts the major owner of the horse Col Worbey opted to send him back south and into the stable of Paul Jones at Brighton.

With budding apprentice Siggy Carr aboard the flashy four-year-old chestnut produced a powerful finish to grab victory over the Charlie Goggin-trained Wakefield and Wily Vixen from the Stephen Lockhart stable.

Carr is apprenticed to her father Royston Carr at Brighton and she is keen to complete 20 satisfactory trial rides that will allow her to ride in races.

Steven’s Wonder covered the 800 metres in a modest 50.19 seconds but it was the way he went about winning that impressed most.

Listen to what trainer Paul Jones had to say about Steven’s Wonder – click here .