Sting too sharp for hot field 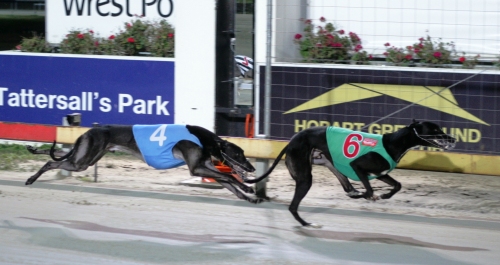 TALENTED dog Sting has been out of the winner’s circle for a while due to injury but he returned with a vengeance in Hobart on Thursday night with an emphatic win in a strong grade three event over 461 metres.

Sting defied a poor box draw (6) to account for some class acts including Samurai Kid that was sent out a $1.50 favourite but could only manage a third placing behind the Alan Clark-trained dog.

The son of Where’s Pedro-Dilston Jewell began well and once he assumed control he raced clear and had enough in reserve to hold out Bit Regal with Sultan’s Swing a closing third.

Sting strung together two wins in March but he was forced off the scene soon after and has taken a couple of runs this preparation to get back into winning condition.

He showed enormous potential as a pup winning five from eight early in his career as he made his way through his juvenile and lower grades.