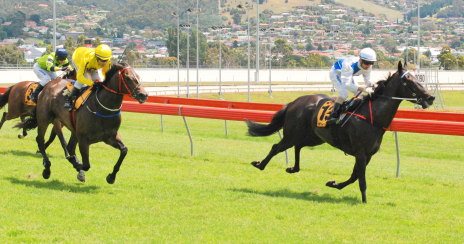 Strictly Romance (Tough Speed-Romance In The Storm) showed good early speed to be handy to the leaders but when rider Anthony Darmanin called on her for the supreme effort in the home straight she quickly put the end result beyond doubt.

The favourite Hailed loomed to win but he was unable to finis off as expected.

Strictly Romance is prepared at Brighton by Royston Carr who predicted a bright future for the filly almost from the first day she set foot on the training track.

Maskiell said his charge Hailed was unable to stretch right out because of the firmness of the track where his horse was placed in the run (rails).