Stringer to direct another win 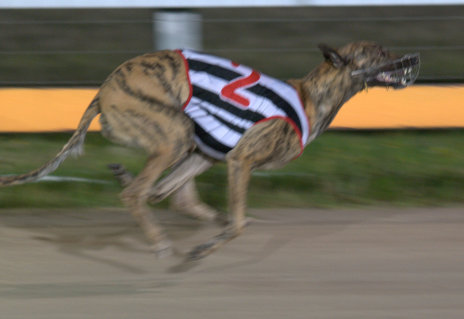 A young pup named Director should have the ability to produce another victory in the first of eleven races at Tattersall’s
Park tonight.

At only 20 months of age this son of Cosmic Rumble has had just the two starts for a second here and a terrific win at Devonport.

On both occasions his times weren’t sensational but his ability to find the line was impressive.

Trained at Mangalore by Mick Stringer he jumps from the red tonight and will be hard to beat.

Midnight Butch is also a locally bred pup who won well at Launceston Monday and will his main opposition while first starter Larkhill Lad could be one for the trifectas.

Just as Fancy (R3) lines up again in the TGOTBA Juvenile Final after a terrific win last week recording 26.13.

This son of Premier Fantasy won his heat by eight lengths after leading from box rise. Millie Minor was equally impressive in her heat winning in 26.17 after a slow start, she motored past her opposition to score by over nine lengths and on paper they look like a great quinella.

Beaudine (R10) finally looks like he has found a race where he can be himself and still win.

Most punter’s however will be chasing their hard earned after him running second in three of his last four.