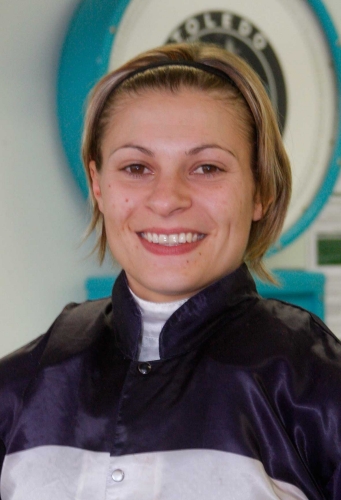 SOME of the nation’s best apprentice jockeys will be under the spotlight in Launceston tomorrow night contesting a heat of the National Apprentice Series with seven of the 12 young hoops from interstate.

The National Apprentice Series has been up and running for a few years but this year’s crop of young riders is above average.

Queensland, NSW, Victoria, Northern Territory, Western Australian and South Australia (2) have representation with five local riders to do battle with their interstate counterparts.

Damian Lane will represent Western Australia and he is regarded as one of the most promising young riders to come out of the West in decades.

Lane rode four winners and a second at the Kalgoorlie meeting two weeks ago and last Sunday he again netted four winners as well as two seconds on a seven-race card.

Lane rides at 51kg and can claim two kilograms on provincial circuits and in Tasmania.

He will partner the Vicki Rhind-trained Algona Avenue that resumed from a spell with a down-the-track effort in Hobart over 1200m but she will be better suited over the 1400-metre trip.

Queenslander Mitchell Speers is aboard the Stuart Gandy-trained Justa Gee Gee that broke his maiden status two starts back and had no luck at his subsequent outing.

Speers spends most of his time riding on provincial tracks but he has tasted success on both metropolitan circuits.

Victoria’s representative is Ben Knobel who is well known to Tasmanian racing fans.

Knobel has been riding regularly in Tasmania for some time and has transferred his good Tassie form to his home state.

Knobel will guide the Charlie Goggin-trained Rivers Run West over the 1400-metre journey and with an ideal barrier (3) he should be prominent at the business end of the race.

NSW rider Adam Hyeronimus has been riding well in his home state and has landed the plum ride aboard Lord Aspinall, prepared at Spreyton by Dean Wells.

South Australia will be represented by Lauren Stojakovic and Scott Westover, both of whom are in good form.

Stojakovic will jump aboard the Troy Blacker-trained Apache Chance that has not showed up at his only two runs back from a spell but he should be ready to improve.

Sir Lugano has had three runs this preparation and wasn’t far off the placegetters last start.

Simone Montgomerie will represent the Northern Territory where she has ridden seven winners and over 20 minors this season from limited opportunities.

Montgomerie has the responsibility of guiding last start winner Delz Bells that is from the strong Bill Ryan stable at Longford.

The locals appear to have drawn the better chances in an open race.

Gea Force, prepared by Mark Ganderton at Spreyton, scored a bold first-up win on his home track at Devonport early last month and while his subsequent three runs have been suspect, this race appears very winnable.

Yasuhiro Nishitani takes the ride on the Brunton-trained Chief Red Cloud that is lining up for his first Tasmanian assignment.

He won two starts back at Stony Creek before finishing last of nine at MooneeValley with Craig Newitt aboard. This is a major setback in grade so he must loom as a genuine winning chance, provide he is forward enough

John Lambie, who rode his first winner at Spreyton last Sunday, was to have ridden the Gary White-trained Nothing Surer that has been scratched.

Lambie will now be assigned to the second emergency Mugging from the Rhonda Hall stable and this four-yaer-old gelding is a serious chance if he can run up to his effort two starts back.

James Riordan, who is indentured to Team Brunton (David and Scott), was to have ridden Larmar Hall but with that horse also scratched he will go onto the first emergency Buck that is prepared by Larry Dalco.

Pintsize Tasmanian apprentice Crystal Hallett has been in top form of late and has drawn a winnable chance in Tawera, from the Steve Davis stable.

The apprentices will tackle the fifth race and it is scheduled to start at 8.04pm.