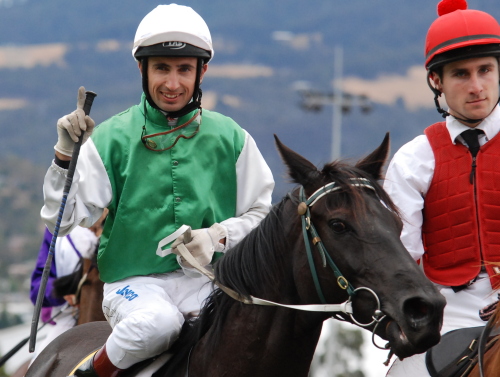 TEAM Brunton can rest easy with their pint-sized stayer Success Dostta after the gelding scored an effortless win in the Brighton Cup over 2100 metres at Tattersall’s Park today.

In winning the race Success Dostta earned ballot free entry into the AAMI Hobart Cup to be run on February 10.

His form against good opposition has been consistent but what he has shown this preparation suggests he has never performed better.

Success Dostta was well ridden by Anthony Darmanin who had the gelding well-placed in the run and when he called on the pricket dynamo for the big effort in the home straight he burst clear and left his rivals in his wake.

He hit the line with his ears pricked and well clear of the John Luttrell-trained trio Gee Gees Boss, Testa Jesta and Can Get Thirsty.

Success Dostta won over 1620 metres in Launceston four starts back and that’s when Brunton declared he was Hobart Cup bound.

The gelding’s form since that win has been full of merit and today’s race was a very winnable assignment.

Listen to what trainer Scott Brunton had to say about Success Dostta’s effortless win – click here for the audio file.