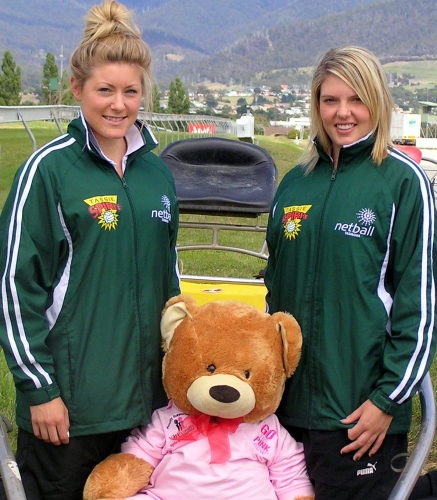 THE success of the Tasmanian Pacing Club’s novelty sulky challenge promotion last year has encouraged the club to widen the competition with eight teams to contest this year’s series at next Sunday and Monday night’s meetings.

The sulky challenge involves teams providing six athletes who have the task of pulling a sulky with a driver aboard about 100 metres with the task being made more complex by making it a relay event with each of the six sulky pullers to take a turn in pulling the cart 100 metres.

The TPC also will combine with the Hobart Greyhound Racing Club next Monday night with both codes in action with full TAB fixtures on the night.

The HGRC has programmed 10 greyhound events while the TPC will host eight harness races and all with full Sky coverage.

Listen to what TPC chief executive officer John Devereux had to say about the sulky challenge – click here.