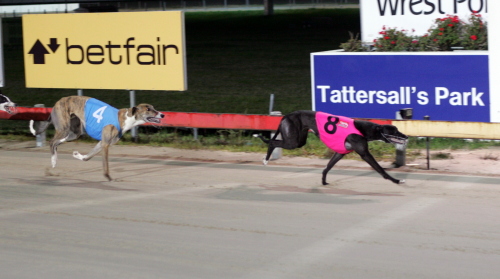 SULTAN SWING only needs to maintain her present form to earn a chance at Group 1 glory.

The best sprinters in Tasmania will be eyeing off the Hobart Thousand in December and Sultan’s Swing is on target to tackle the series.

She won two invitations in succession last month before finishing a luckless third at her subsequent outing on the Hobart track.

Sultan Swing’s record on the Hobart U-turn track is great with this latest win her 12th from 20 tries and she also has notched four minor placings.

The Debbie Cannan-trained bitch has won 20 and been placed 11 times from 40 starts in Tasmania so she is clearly at home on all Tassie tracks.

At her latest outing she settled second from box eight and was camped on the leader Mercury Morris all the way.

In the home straight she stuck to the rails and eventually wore the leader down.