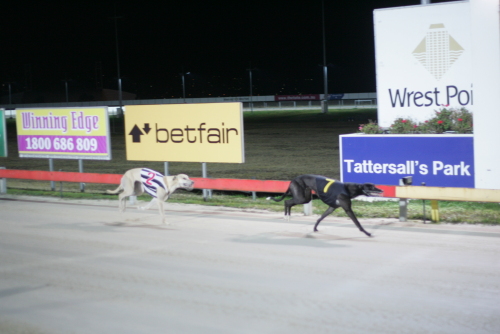 SULTAN’S SWING made up for a string of minor placings when she led her rivals a merry chase in the Charmer Lodge Stud Invitation over 461 metres in Hobart last night.

Sultan’s Swing flew the lids from box seven and was never headed.

The win made up for three consecutive second placings in recent weeks.

The well-bred bitch (Big Daddy Cool-Prestige Girl) has been a model of consistency this preparation.

This latest win is her 12th from 22 starts and she also has notched eight minor placings for almost $23,000 in stakes.

At her previous outing she ran veteran sprinter Akka Boy to a length and a half in a strong invitation race in Hobart and prior to that she was runner-up in a heat and final of the Tasmanian Oaks.