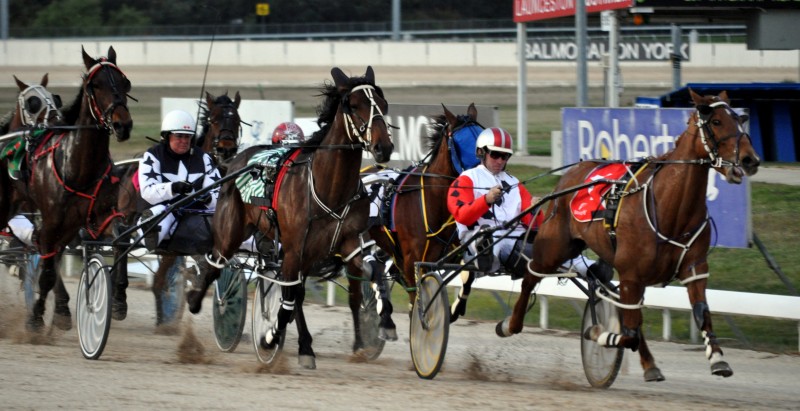 TALENTED harness trainer Brooke Hammond had almost conceded that her mare Sum One might never break her maiden status but the six-year-old finally delivered the goods in Launceston tonight.

Sum One made the most of her pole position to lead and once in front her driver Troy Hillier ensured a solid tempo but at the same time sneaking a modest second quarter.

Sum One scored comfortably from Busted that faced the breeze for the last 1200m with Supa Sunshine third.

Hammond has had Sum One in her care for about two years and her only [;acing was at her previous outing in Launceston hen third to Play Apple Tree and Robyn Scherbotsky in a C0-C1 over 2200 metres.

“Her last start was good and had either Play Apple Tree or Robyn Scherbotsky been in this race tonight they would have been $1.10 chances,” Hammond said.

“I’d almost given up on this mare but she finally did the job,” she said.

The mare had six starts last season for no result so this was most likely going to be her last preparation.

Sum One is well bred, being by Blissfull Hal from Dreams of Eedee that is by The Unicorn that was well performed on the racetrack.

The Unicorn won a Mildura Pacing Cup with the late Vin Knight aboard and he ran fourth in the 1992 Australian Pacing Championship behind three star performers in Franco Tiger, Westburn Grant and Halyer.

At stud The Unicorn produced 543 live foals for 171 winners of 272 that started in a race for combined stake earnings of just over $6.5 million with the average earned by each starter of $24,005.