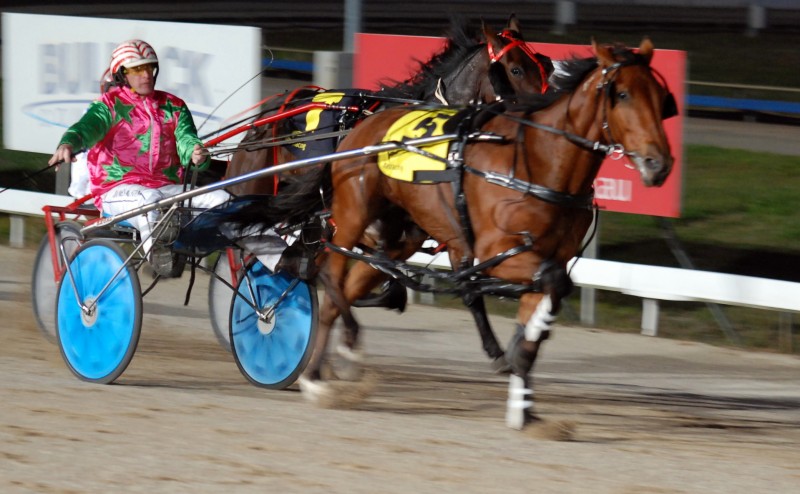 HEATS of the Big Park Stud Sweepstakes for two-year-olds are the feature events on the nine-race harness card at Tattersall’s Park in Hobart tonight.

The colts and geldings will contest two heats while the two-year-old fillies will go around in a prelude that boasts a capacity field.

The first heat for the colts and geldings (race 2) looks a gimme for the Roger Whitmore-trained Resurgent Spirit that is unbeaten from four starts including the Golden Slipper over 1680 metres in Launceston three weeks ago.

The second heat (race 8) is a more open affair although Rusty Red Comet could not have been more impressive in winning in Hobart last week and he has drawn well in gate three that could enable him to lead.

The Eric Jacobson-trained youngster faced the breeze for the duration last start but the gelded son of Riverboat King made light of the task.

Chances also must be given to Chopstix Boris (5), Vande Velde (7) and Strange Conduct would be a winning hope if he could lead fro gate two.

The filly’s division heat boasts some smart fillies with the well-performed Jazzy Jane likely to start favourite despite her second-row draw (12).

First starters Itswhatilikeaboutyou and Paris Of Pisa have bother trialed well and loom as serious contenders if they can take their trial form into the race.

Nobeer Nofear is capable of cause a surprise at big odds.