Tanabi Bromac toughs it out 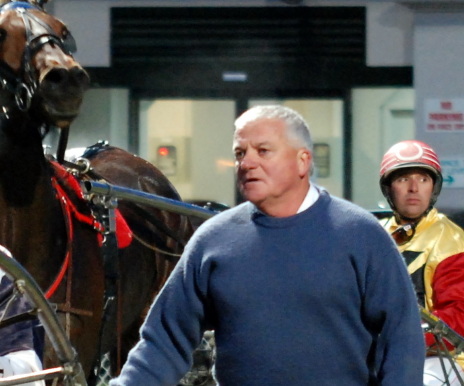 WELL travelled Victorian pacer Tanabi Bromac well and truly earned his keep in Devonport on Sunday night where he had to pull out all stops to emerge triumphant in the $10,000 City of Devonport Quality over 1930 metres.

Tanabi Bromac was sent around the $1.40 favourite but more than likely on the premise that the Keith Cotchin-trained seven-year-old would lead from gate two.

But he was unable to cross pole marker Kalypson Kid which left driver Gareth Rattray with no option but to face the breeze for the duration.

When Rattray called on his charge for the big effort in the back straight the last time the gelding surged clear and then had to fight off late and determined challenges from Our Sir Jeckyl that made a late charge only to miss by a metre, with race leader Kalypson Kid a half-head away third.

Victoria in the New Year.

“He’ll have his next start in the City of Launceston Cup ($20,000) in Launceston next Sunday night and then we’ll head to Hobart for the Tasmania Cup on New Year Day,” Cotchin said.

Tanabi Bromac has been driven by Tasmania’s leading reinsman Gareth Rattray in all of his Tassie assignments this preparation.

Rattray had a great night at the office finishing for four winners on the 10-race card.

His other winners were – Tisu Toota in the Shipton Machinery Stakes, the Roger Brown-trained Ididit in the Charlie Williams Memorial and Ciskei for his father Barrie Rattray in the Adam Brooks Group Pace.