Tap It In impresses on debut 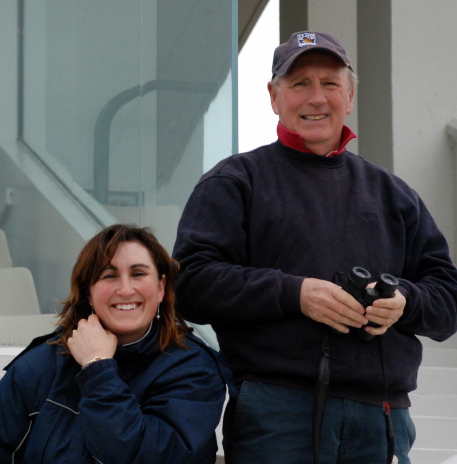 PROMISING four-year-old mare Tap It In made an impressive debut at Tapeta Park Spreyton today (Sunday) where she scored a courageous win in a fillies and mares’ maiden over 1000 metres.

Tap It In (Savoire Vivre-Titleist) lined up for her debut on the back of two trial wins, the most recent being in Hobart on February 20 in which she outgunned Committo and Excellent Man, both of which performed admirably at their subsequent outings.

Punters respected the trial form and installed her an odds-on favourite but the four-year-old mare had to do it at both ends of the race to emerge triumphant.

With experienced rider Stephen Maskiell aboard, Tap It In showed good early speed to hold the lead but she was tested all the way to the home turn by two rivals that kept grinding away, proving to be nothing more than nuisance value.

But despite being attacked for so long the mare still had enough left to shrug off her rivals at the top of the straight and then held out the fast-finishing Gee Gee Town lady and defeated that mare by a half-length with Delizia a half-length away third.

Tap It In is prepared by training the training partnership of Charlie Goggin and his daughter Luella Meaburn who were both unable to attend the meeting due to illness.

over Goggin spoke to Tasracing’s Peter Staples after the win.

“We never had any intention of racing this mare early on because she was just a little fat thing that had to be put out in the paddock to grow,” Goggin said.

“Then one day we thought we’d better get her in work and while she never showed us anything special on the training track she did very well winning two trials.”

“She obviously wants to be a racehorse and I thought her win today was very courageous,” he said.

Goggin said Tap It In’s dam Titleist has produced a number of foals with her fourth, by Genuine, winning a Macau Derby.