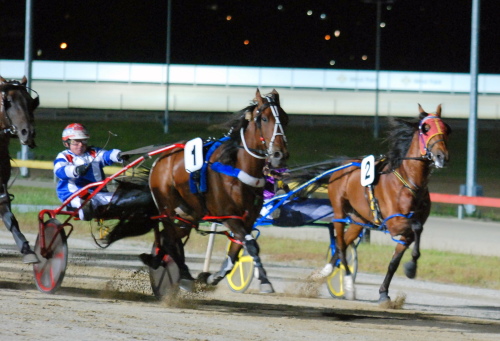 THE success of any race meeting is best judged by the amount of turnover and on-course patronage and it was this combination that confirmed the Tasmanian Pacing Club’s Tasmania Cup meeting on Boxing Day as the club’s best on record.

“Noiw that the club was in receipt of all details it is now evident that the results of the Tasmania Cup Meeting far surpassed any other race meeting ran at Elwick or state-wide,” Devereux said.

“The 26 December meeting was well in excess of the three Inter Dominion heat meetings.”

The meeting also eclipsed the previous best national turnover on a harness meeting by the same percentage.

“The crowd was easily the biggest since the move to Elwick and clearly signalled that people who previously had doubts about moving to Elwick have now embraced the new complex.”

The huge success was also the culmination of a lot of work done by the Club over the past couple of years to build the carnival.”

“This year signalled that the best future outcome for the harness industry was to have three distinct carnivals for each regions as occurs in the galloping code.”

“The TPC’s big breakfast and live Sport 927/Tote Sport Radio program broadcast from Wrest Point and the great presentation evening at Tattersal’s Park (Elwick) on 5 December with Dermott Brereton created the atmosphere for the outstanding meeting on 26 December.”

“The Club is already well advanced with planning for an even better outcome next year,” Devereux sdaid.