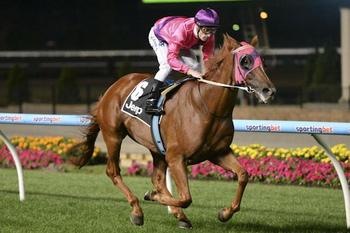 TASMANIAN-BRED stayer Like A Carousel finished third in last Saturday’s $1.6 million Sydney Cup (3200m) to stamp the gelding as one of the best locally bred stayers in Australia.

Like A Carousel, that was the rank outsider at $201, was bred at Armidale Stud in Tasmania and was sold for $10,000 to trainer Ken Keys at the 2011 Tasmanian Magic Millions Yearling Sale.

Like A Carousel was the only Australian-bred horse in the field of 11 that contested the Sydney Cup won by Grand Marshall with his Chris Waller-trained stablemate Who Shot Thebarman second.

Keys says the gelded son of Helike-Carnival Ride was purchased as a potential stayer.

Like A Carousel has been competitive against most of the good stayers in Australia and while he has only won twice he has placed 10 times for career stake earnings close to $400,000.

While the gelding failed to make it into last year’s Melbourne Cup Keys is hoping his third place on Saturday will lift his rating high enough to give him a chance of gaining a berth in this year’s race that stops a nation.

Keys was thrilled to snare third place in the Sydney Cup and even though he was beaten a decent margin he proved his worth in Australia’s staying ranks.

Listen to what trainer Ken Keys told tasracing.com.au’s Peter Staples about Like A Carousel’s latest effort.