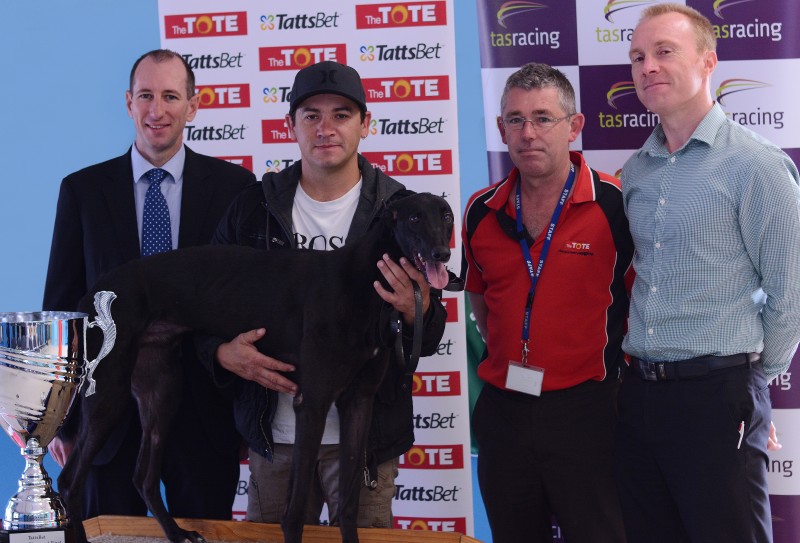 Tasmanian greyhound Buckle Up Wes is likely to be the short-priced favourite to add the $75,000 first prize in the TattsBet Hobart Thousand to his already impressive career prize money total of $551,000.

Eight heats will be run tomorrow night.  The best eight greyhounds will compete in the final on 18 December.

HGRC chair Denise Fysh said it was hard to look past the Ted Medhurst-trained Buckle Up Wes that recently became the first Tasmanian greyhound to win the invitation Top Gun at The Meadows.

“In Tasmania, on a track that he is familiar with, Buckle Up Wes will be very hard to beat,” she said.

Ms Fysh said while Tasmanian greyhounds like Buckle Up Wes would be very competitive this year, the group one Melbourne Cup winner, Dyna Villa, would be hard to beat.

“Dyna Villa, trained by Jenny Hunt in NSW, won the Melbourne Cup by two lengths after getting out to a six-length lead,” she said.

TattsBet’s Mick Edwards said the company was pleased to put its name to the state’s only group one greyhound race.

“We are very pleased to see Buckle Up Wes leading the Tasmanian hopefuls that have nominated for the Hobart Thousand in 2014,” he said.

“The fact that the race has attracted 20 interstate greyhounds, some of which are the best performed greyhounds in Australia, is just as pleasing and speaks volumes about the quality of the race.”

“Securing Tasmanian champion Buckle Up Wes and the Melbourne Cup-winning Dyna Villa is an excellent outcome for the club and the race,” he said.

“Being able to attract these types of top-class greyhounds shows that we are heading in the right direction in terms of building the profile of the industry.”

The TattsBet Hobart Thousand was first run in 1935, making it the longest running classic event on the Australian greyhound racing calendar.