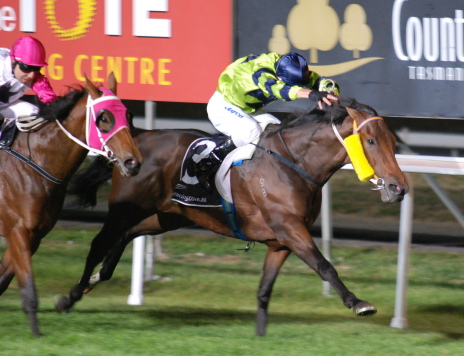 WEDNESDAY night racing at The TOTE Racing Centre at Mowbray will be a key feature of the 2012/13 thoroughbred season.

“The track is in excellent condition and has benefited from an extended break in preparation for the first night meeting on Wednesday,” he said.

Dr Forbes said the night meetings would be broadcast on Sky 1.

“Importantly, as was the case last year, they will follow on from several prominent midweek interstate metropolitan thoroughbred meetings,” he said.

“In addition, a number of Wednesday night races will continue to be broadcast into France, one of the world’s largest wagering markets, through wagering operator PMU France which provides an additional funding stream for the industry.

The first meting on Wednesday night boasts an eight-race program with the first scheduled to start at 6.10pm and the last at 10.25.