Tasmanian stayer cleans up at Flemington 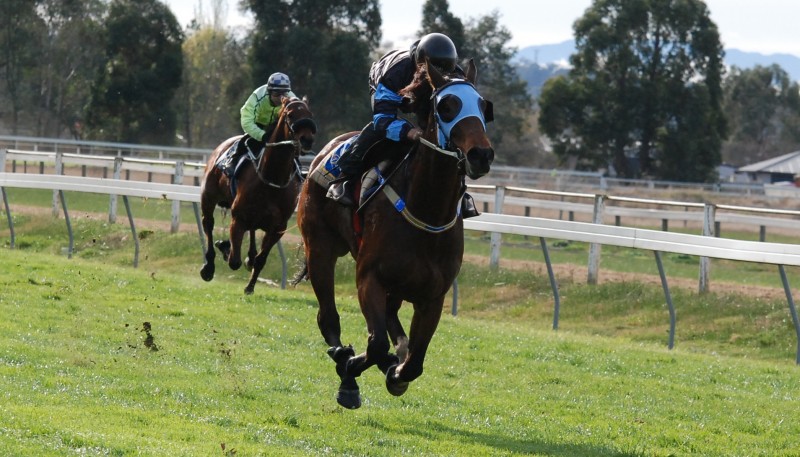 STAR Tasmanian stayer The Cleaner put a big smile on his trainer Mick Burles’ face at Flemington today when the gelding led all the way to notch a game first-up win in a race over 1600 metres.

With Tasmanian jockey Jason Maskiell aboard, The Cleaner jumped well from a wide gate but had no trouble crossing to the fence and held a comfortable lead heading to the home turn.

It looked for one fleeting moment at the top of the straight that the well backed Lord Durante would pounce and take over but Maskiell ensured there was still a bit left in the tank and when he gave his charge a couple of slaps with the persuader The Cleaner responded as he usually does and kicked clear.

He held on to defeat Constant Force with Lord Durante a close-up third.

Burles was thrilled with the win but while he showed his jubilation he also projected a hint of sadness because the horse will be taken from his care and handed over to Victorian trainer Robert Smerdon for the remainder of his interstate campaign and possibly beyond.

The Cleaner drifted alarmingly in the market easing from $4.80 to start at $7 on the TOTE and $8 on Tattsbet Fixed Odds.