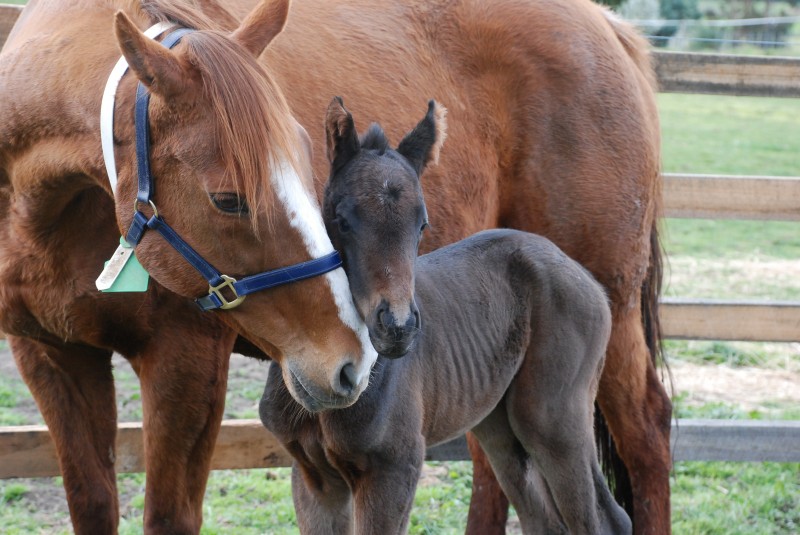 TASMANIA’S most celebrated broodmare La Quita gave her owner Paul Geard an early Father’s Day present when she delivered a colt foal by 2010 Melbourne Cup winner Americain in the early hours of this morning.

La Quita, a three-timer winner of Tasmanian Broodmare of the Year and mother of super star Geegees Blackflash (x Clangalang), was sent to Americain last season with the hope of producing a colt.

When asked how pleased was with La Quita’s latest offering Geard said: “My children asked me today what I would like for Father’s Day on Sunday and I just told them I’ve already got the best present possible and that’s this colt foal by Americain.”

Geard has long had a dream to breed his own stallion.

Americain won the 2010 Melbourne Cup after which he developed a huge international following and when he was acquired by Swettenham to stand at stud, Geard was keen to send his best broodmare to the multiple Group 1 winner.

La Quita is by Grand Lodge and was purchased by Geard in foal to Clangalang and the result was Geegees Blackflash.

La Quita’s latest foal is Americain’s 15th to hit the ground this season, according to the stallion’s owner Adam Sangster of Swettenham Stud.

“I am thrilled that Paul (Geard) has got a colt foal because he was very hopeful that would be the case,” Sangster said.

Listen to what owner-breeder Paul Geard had to say about the arrival of La Quita’s latest foal.