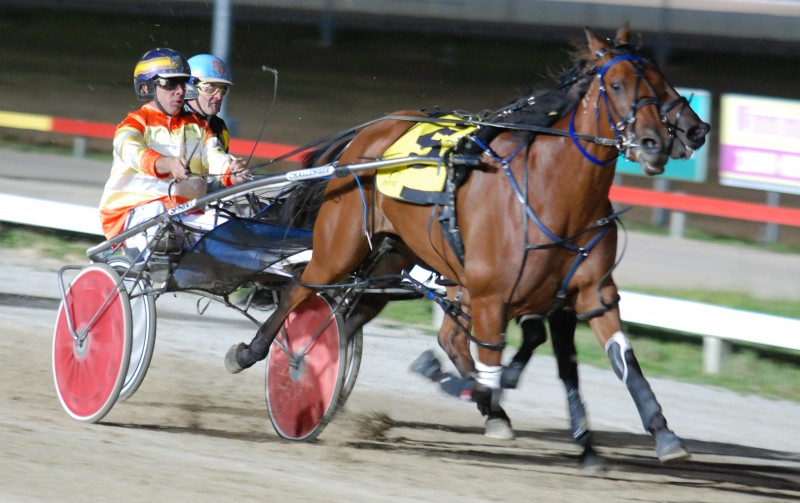 Victorian Oaks winner Barynya continued her outstanding interstate form with a win in the Semi Final’s of the Vicbred Super Sires for 3YO fillies at Melton on Friday night.

Barynya trained by Dick Eaves and driven by Rohan Hillier, showed early speed from gate four and subsequently led throughout to win by almost 4 meters.

The filly has won nine of her last ten starts and will likely be favorite for the $110,000 final of the Vicbred Super Sires Finals this Saturday night at Melton.

The Rohan Hillier trained and driven mare Nola Mayhem also scrapped into the Final of the Vicbred Super Sires for 4YO mares with a fifth place in heat one.
Tasmania’s other representatives in the 3YO Colts and Gelding second semi-final Artarama was unplaced and therefore missed a place in the final.

The barrier draws for the 2014 Empire Stallions Vicbred Super Series grand finals will be conducted at Tabcorp Park Melton on Tuesday from 10.30am.