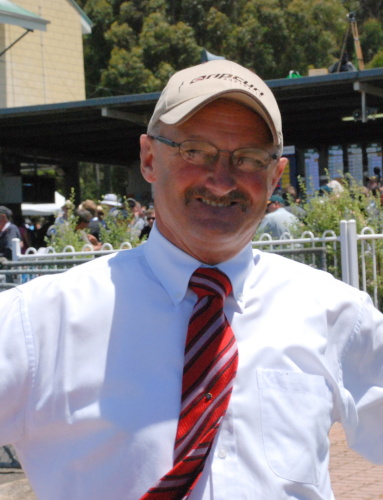 Tasmanian thoroughbred trainer Michael Trinder is recognised as one of the best jumps trainers in Australia despite being unable to prepare his horses in his home state because it is void of the discipline.

But at Sandown in Victoria yesterday Trinder reigned supreme when his gallant 10-year-old gelding Morsonique gave a faultless display to win the Grand National Steeplechase with the trainer’s son Adam Trinder in the saddle.

Morsonique led throughout over the arduous 4530-metre layout to score by 15 lengths from last year’s winner Juan Carlos with Mali Juraj almost three lengths away third.

Tasmania dispensed with jumps racing three years ago and Trinder now has only two jumpers in his team with Nuvolari the other stable tenant and he finished fifth in yesterday; Grand National.

However, Nuvolari has enjoyed success this season winning the South Australian Grand National.

Morsonique has been prepared by Trinder for the past 15 months and his target has always been yesterday’s Grand National but the trainer also has his eyes on a prize further abroad.

“I talked about taking this horse to England for the Cheltenham Gold Cup and I’m still confident that’s a race he would be suited to.”

While the Gold Cup remains on the agenda it would more than likely be with new owners and a new trainer.

“There are negotiations taking lace with Morsonique and I am fairly sure we will know by the end of the week if he is to be sold to the UK,” Trinder said.

The only previous Grand National Steeplechase winner prepared by Trinder was Outstride in 1995. The gelding also finished second the following year and third in 1997.

“The owners were offered $80,000 for Outstride and that was from UK connections who wanted him as a Gold Cup prospect,” Trinder said.

Trinder had his day capped when his talented four-year-old mare Spring Desert scored an effortless win in a strong class one handicap over 1400 metres at he TOTE Racing Centre in Launceston.

Spring Desert (Remi Tremsal) raced outside of the leader to the home turn but made light of the task to burst clear and go n and score by over two lengths from the favourite North Lad with Larmar Hall two lengths away third.

“I never got a chance to see Spring Desert’s win but from what I’ve been told she was impressive,” Trinder said.

“She has been quite the surprise packet because she showed me nothing on the training track but has been reasonably impressive at he races,” he said.