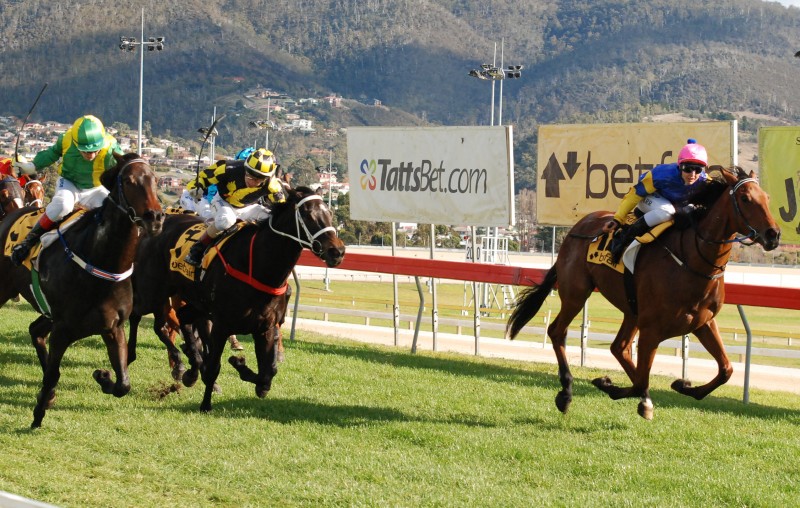 TWO-YEAR-OLD Tazevedo made up for a luckless run in Launceston late last month with a narrow but impressive win in a 2YO Maiden Plate over 1100 metres at Tattersall’s Park in Hobart today.

Tazevedo was purchased by his trainer Terry Evans for $5000 at last year’s Tasmanian Magic Millions Yearling Sale and after he was knocked down to the Brighton-based trainer he advised prominent owner and friend Wayne Upton that he (Upton) owned half of the youngster.

The gelding debuted with an eye-catching fourth in Hobart after winning a trial and he then went to Launceston where he was never better than three-wide and tired to finish eighth.

Siggy Carr rode the gelding that day but she retained the ride and they never left the rails throughout the 1100-metre trip today.

Tazevedo ($41 into $14 fixed odds) burst clear in the home straight and then staved off a late and determined finish from Varian that was well backed in to start at $5.60 withy Chilli Quest a close-up third.

Listen to what trainer Terry Evans had to say about Tazevedo’s win – CLICK HERE.