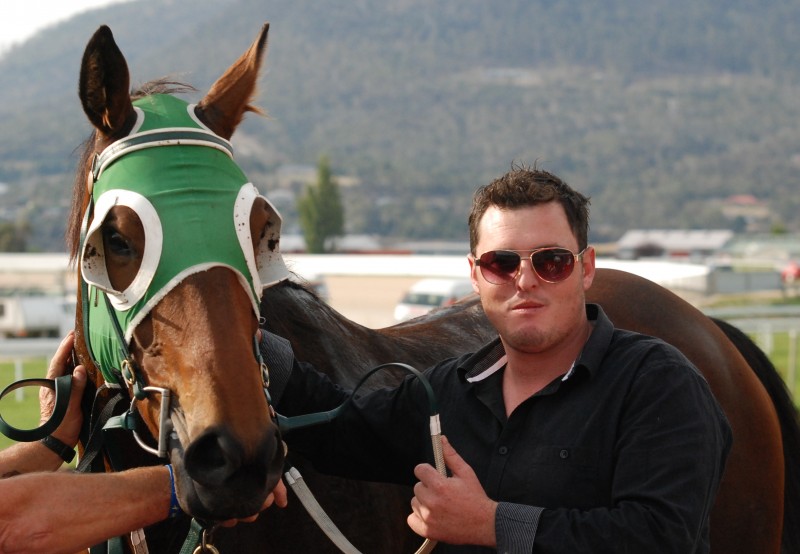 MULTIPLE premiership-winning trainers David and Scott Brunton endured a lean summer by their standards but the team bounced back with a vengeance in Hobart on Sunday by snaring four winners on the nine-event card.

The stable opened with a win by first-starter Pixelated in a 3YO and upward maiden over 1100 metres.

Despite being very green and new to the game the gelded son of Shinzig-Angelika that was purchased for $20,000 at the 2011 Tasmanian Magic Millions Yearling Sale came from well back to score comfortably from Dulani and Kwaboom.

Pixelated then had to survive a protest from the rider of the runner-up but stewards took less than 10 minutes to dismiss the objection.

The chestnut gelding is a half-brother to the well-performed Prince Obama that raced successfully in Victoria and has so far won four and been laced 10 times from only 22 starts.

Leading rider Brendon McCoull partnered Pixelated and he also was aboard Enshroud that proved too good for Not Another Red in the Nest Property Class 1 Handicap over 1100 metres that gave the stable a treble after eight races.

Co-trainer Scott Brunton was particularly pleased with Enshroud’s win saying she showed a lot of courage to win the race.

Isometry settled at the rear of the five-horse field but when the leaders, Faith ‘N’ Courage and Bertie’s Bells cut at each other from the start to the home turn the race was set up fore something to come from behind and Darmanin ensured his charge was well enough placed to swoop and win.

It took almost the entire home straight to do it but she poked her head out when it counted to gain victory by a narrow margin over Bertie’s Bells and Faith ‘N’ Courage.

My Thriller, a four-year-old mare having her first start in the state, gave team Brunton four for the day when she flashed home to win the The Tank Memorial BM68 Handicap over 1400m.

My Thriller was sensationally backed on Tattsbet fixed odds forming from $10 to start at $4.20 and she also firmed in from $6 to $4.20 on pari-mutuel betting.

The well-bred mare is destined to excel over longer distances while racing in Tasmania.