Teddy Tom Boy on the rise 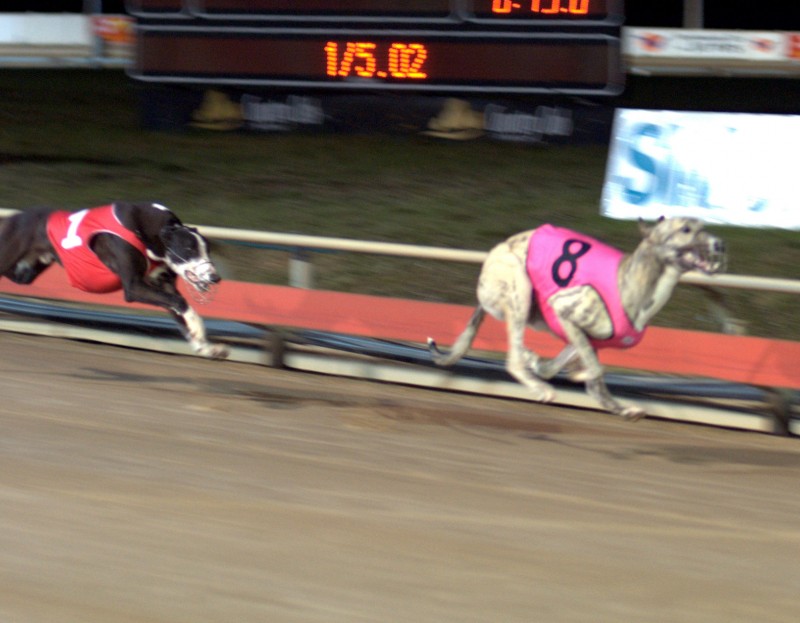 Veteran Bracknell trainer Maurie Strickland has had a great ride in greyhound racing with the champion Rewind but he is hoping a recent newcomer to his kennel can go onto to lofty heights.

Teddy Tom Boy has improved with every start and tonight in Launceston he has his first try over 600m after winning at Devonport over 580m last week.

Teddy Tom Boy, from the very successful Aston Galilee X Patsy Anne litter, will be fully tested by the Gary Johnson prepared Part Time Pete which was super impressive coming from last to win over 515m at Mowbray last Monday and gives the indication he will be suited over the 600m trip.

The eighth race for grade three greyhounds appears a nice race for Seagull Boy (Russell Watts).   He won here impressively at his last start here when he began brilliantly to lead all the way, a feat he should be able to repeat in this race.

Sonorous from the strong Margaret Rossendell kennel will appreciate drawing box one and will run a bold race.

Punters could get off to a good start with Who’s Talking in race one. Trained at Burnie by Arnie (Ziffel) Elphinstone, Who’s Talking has been runner-up at his last three starts on this track and is much better drawn tonight.

Bruno Boy and Battek Boss which is poorly drawn appear as the main dangers.

The value bet is Nicknac Norris (Maurie Strickland) in race nine.   A notorious slow beginner and still a maiden he has lots of ability and will be at good odds.