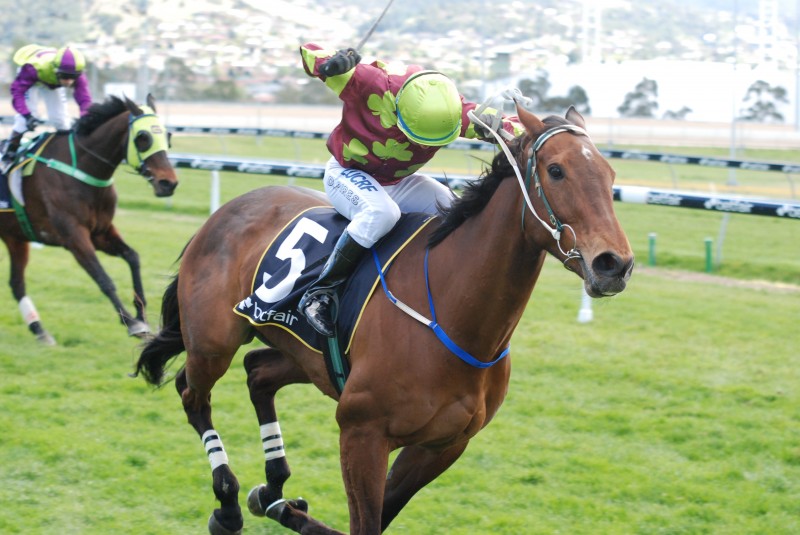 TALENTED young thoroughbred trainer Tegan Keys saddled up two winners at Elwick on Sunday and her father John Keys added one to his growing list of winners for the season to make it a family treble.

The Keys family that originally hails from King Island has been a part of Tasmania’s racing fabric for at least three generations and Tegan has the potential to be the most successful.

Her uncle Ken Keys will saddle up Rich Enuff that is the favourite for today’s Group 1 Caulfield Guineas.

Tegan’s two winners on Sunday were three-year-old Flight Mode that won a maiden at only his second start and Clan McLeod, a mare that took her earnings to beyond $120,000 courtesy of seven wins and 16 minor placings from her 50 starts.

Brendon McCoull rode Flight Mode and he gave the flashy chestnut gelding a glowing report after the race.

Clan McLeod came from well back to win comfortably with David Pires aboard and Keys was thrilled with that victory as were the other owners John and Amber Keys and John’s life partner Rhonda Lewis.

“Clan McLeod has been such a great horse for us because she tries so hard and has rarely missed a cheque,” she said.

John chimed in with Chi Gong that scored an impressive first-up win in a benchmark 62 race over 1200 metres to give David Pires a riding double.

Tegan, 27, was destined to follow in her father’s footsteps and carve a career as a trainer.

She was riding at the age of five and competitively in junior events that were run in between races on King Island.

“Tegan was very competitive as a youngster. Her pony named Clippy was a fast little thing that used to win just about everything he went in because he ran like the wind and Tegan loved going fast,” John said.

“Growing up Tegan was always doing something with horses so I guess it was a natural progression for her to want to train racehorses.”

“She did contemplate becoming a jockey at one stage but she decided against it in the end because she said she liked her food too much,” he said.

Tegan trains out of multiple premiership-winning trainers’ David and Scott Brunton’s Whispering Sands property at Seven Mile Beach but she has made her mark as a talented horsewoman in her own right.

That she is Scott Brunton’s life partner has little impact on her ability to train winners.

“This is a magical place to train horses and it has been one of the reasons why I have had so much success in recent times,” Tegan said.

“It is great having Scott (Brunton) to have close by to talk to if I’m trying to sort out a problem with one of my horses but I am very independent and always will be,” she said

“Dad (John) sent a few horses down to me to help me get started and most of them have stayed because they have done so well here,” she said.

Tegan has nine horses in work and she says that’s enough to keep her busy for the time being.