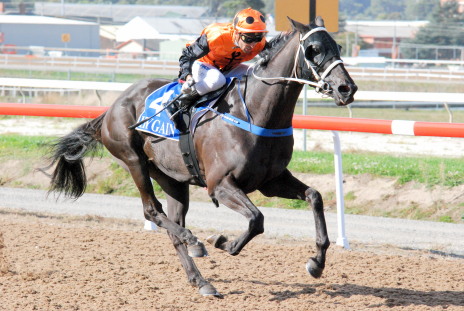 SPREYTON trainer Michael Trinder will aim his promising stayer Temajim at two upcoming feature races in Tasmania before heading interstate for a short campaign in Victoria.

The five-year-old Clangalang gelding travelled into the ace from the 700-metre peg and had it in his keeping at the top of the home straight.

Temajim hit the line 2-1/2 lengths clear of the George Blacker-trained mare Zahlee with Lonaro almost two lengths away third and just in advance of Starsimp.

Temajim has been in Trinder’s care for the past six months and this was only the gelding’s second outing this time in.

He resumed with an encouraging third of eight in a BM78 at Tapeta Park on March 4 after which it was revealed he had a slight leg problem.

“I’ll most likely aim him at the St Leger in Launceston but I could also enter him for the Deloraine Cup (1800m) here at Spreyton on Easter Monday (April 8),” Trinder said.

Listen to what jockey Anthony Darmanin had to say about Temajim’s latest win – click here .